In the Asia-Pacific region, viewing of horror TV and film on Netflix grew by 20% from 2020 to 2021. Over the same period, viewing hours of horror content in Southeast Asia increased by over 40%. 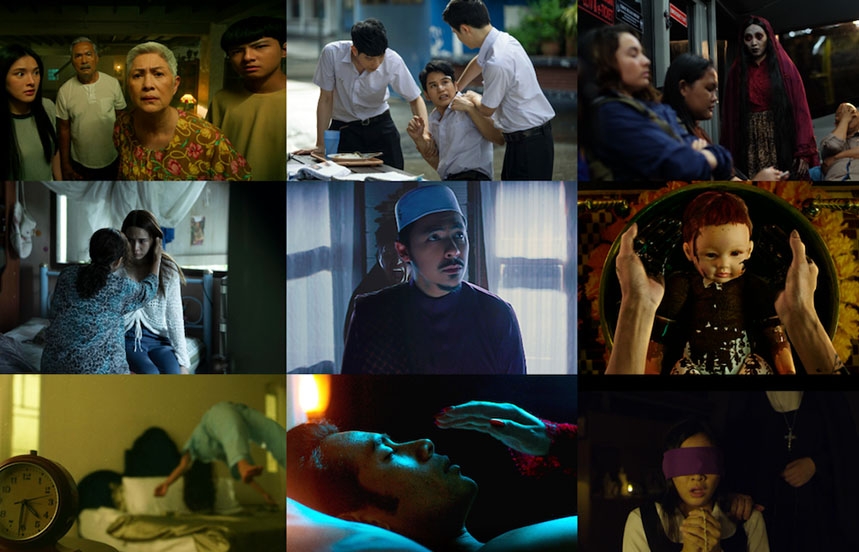 The horror genre has deep roots in Asia. According to recent Netflix data, homegrown scary movies have gripped regional audiences since the very inception of many local film industries, and inventive horror creations from Japan and South Korea have spooked viewers worldwide. And the appetite for this fright-filled fare is going strong as the next wave of horror content emerges from Southeast Asia.

In the Asia-Pacific region, viewing of horror TV and film on Netflix grew by 20% from 2020 to 2021. Over the same period, viewing hours of horror content in Southeast Asia increased by over 40%. The horror stories keeping these audiences on the edge of their seats include new takes on the art of the scare created by Southeast Asian storytellers. One of the latest releases is “School Tales The Series,” the anthology series crafted by six Thai directors that features eight terrifying ghost stories set in schools. Within the first week of its release on Netflix, the series has made the Top 10 most-watched TV series in four Southeast Asia markets, Thailand, Indonesia, Malaysia, and Vietnam.

“When I read the script, I knew right away that this creative experience would be very challenging as the story plays around with something we cannot see,” says Suppapong Udomkaewkanjana, one of the cast members of School Tales The Series.

Besides the caliber of the writing, the show also ups the ante in other aspects. Director Phontharis Chotkijsadarsopon, who helms the series’ fifth episode (titled Headless Teacher), explains: “Audiences will get to see a series that matches films’ cinematic quality, in both visuals and sound. Five Star Production and Netflix gave me the freedom to put my ideas into the episode, and this enabled me to create ghosts that are different. I could freely play with my direction, and the results turned out exactly how I imagined.”

Other most-popular horror titles in Southeast Asia is the first season of the South Korean zombie series “All of Us Are Dead;” South Korean zombie vengeance story “Kingdom: Ashin of the North;” and the Taiwanese film Incantation, which tells the story of a mother trying to save her child from a deadly curse. While Southeast Asian audiences love horror fare from a wide range of markets (German movie “Blood Red Sky” and American content “Don’t Breathe 2,” “Texas Chainsaw Massacre,” and “Midnight Mass” have scored gangbuster viewing numbers in the region), they are staunch consumers of stories rooted in their own cultures.

In Indonesia, for instance, “Impetigore,” an acclaimed homegrown horror film helmed by director Joko Anwar, was one of the most-popular horror titles. The same is true of “The Ancestral” in Vietnam and the two sequels of the “Pee Nak” franchise and “The Medium in Thailand.” These stories inspire their respective countries’ local lore and cultures. Southeast Asian horror movies are also resonating beyond the home countries of individual films. “Beyond Thailand, The Medium” dominated the Top 10 film ranking in Singapore and South Korea when it was released on Netflix in 2021. Another Thai film, “The Whole Truth,” dominated the Global Top 10 non-English film ranking for five consecutive weeks upon its release in December 2021 and at one point rose to become the most popular non-English film globally.

“There’s a constant mystery that keeps you guessing,” says “The Whole Truth” director Wisit Sasanatieng of his film, which follows two siblings as they stumble on a strange hole in the wall of their grandparent’s house. “It also has themes like social issues, the generation gap, and a skeleton in the closet. There’s something that’s hidden, something they don’t want the family to know.”

Sutatta Udomsilp, who plays one of the siblings in The Whole Truth, adds: “This is a different kind of story. It has a lot more dimensions than just another horror movie that wants to scare you. It has family drama, as well as horror and suspense. You could say it’s not the kind of movie you get to see very often.”