Ten major players in the Russian film industry will present over 40 projects, including movies, series and animation. 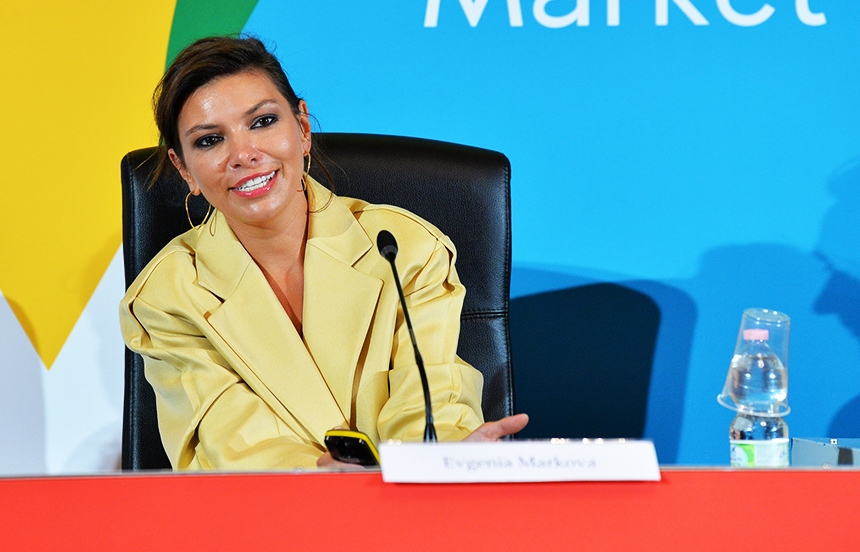 Russian content producers and distributors will for the first time participate in Dubai International Content Market (DICM) on November 24-25 as part of the united booth Russian Content Worldwide, organized by Roskino with support from the Ministry of Culture of the Russian Federation, the Cinema Fund and The Moscow City Tourism Committee.

Olga Lyubimova, Minister of Culture of the Russian Federation: "The Russian film industry will present at Dubai International Content Market over 40 various projects. This wide representation testifies to a substantial interest in the Middle East market and our companies’ desire to find new partners. I am confident that the event will become a very efficient platform for the promotion of Russian talent - actors, directors, screenwriters - and will also help to strengthen cultural and business ties between the countries".

Evgenia Markova, CEO of Roskino: "We are proud to present Russian content at Dubai International Content Market. For the first time, market leaders are bringing their most recent projects to one of the fastest-growing markets under the single umbrella brand Russian Content Worldwide. This is a new phase in the perception of the Russian film industry by audiences in the MENA region and in cooperation with the UAE as an important hub for the Middle East & North Africa. Due to its distinct culture and history, the Middle East is significantly different from other markets, which only makes promoting Russian content there a more interesting task. Russian projects presented at DICM were selected to fit preferences of the MENA region. We hope that top-notch animation, sci-fi, war and sports dramas, comedies and family films, horrors and thrillers from Russian directors will be interesting to an audience that is new to us. We had discussions with the industry on what format they consider to be most efficient under current circumstances, and a conscious decision was made to physically participate in the Dubai event and establish business contacts in the MENA region rather than attend the online American Film Market. And this decision is largely a historic step.”

At DICM Central Partnership (part of Gazprom Media) plans to establish contacts and conclude deals with TV channels and platforms, as well as independent distributors. The company places its bets on the projects – "Champion of the World", "First Oscar" and "The Pilot. A Battle for Survival", as well as on other projects available for the region. The company also offers the horrors "The Ice Demon", "Dark Spell", "Baba Yaga: Terror of the Dark Forest", "Mermaid: Lake of the Dead" and the films "The Blackout", "The Last Frontier" and "The Ninth".

The key projects from All Media (a START Company) featured at DICM 2021 are the large-scale movie "Litvyak"; the melodrama "Danube", "Unclenching the Fists" and "Compartment Number Six", as well as "The Riot". According to All Media, the MENA region isn’t easy in terms of content sales, and the company is interested in stepping up cooperation with buyers from the Middle East. All Media’s package also includes the dramas "A Team of Heaven" and "Bullterier".

Art Pictures Distribution will present a new, fifth season of the series  "Ivanovs vs Ivanovs", the comedy series "Oligarch’s Wife", the sports comedy "Lanky Girls", the romantic comedy "The Russian South", as well as the four-episode melodrama "Believe Your Husband". Art Pictures Distribution aims to expand the geography of its content sales, meet partners the negotiations with whom were conducted online last year and introduce its catalog to new companies.

Planeta Inform will present three projects scheduled to premiere in 2022: the sci-fi picture "WE ", the historical picture on military valor "Wings over Berlin" and the family animation "Wings 2". Potential partners will be also introduced to the biopic "AK-47" and the family sci-fi drama "Robo". Planeta Inform is already collaborating with distributors from the Middle East region, and, taking advantage of the offline market, the company’s representatives plan to have in-person meetings with partner networks and platforms. The company says that the Middle East develops under its individual scenario and is substantially different from the rest of the world and traditional sales markets. Representatives of Planeta Inform also say that, based on their experience in the region, local audiences are more interested in large-scale action movies and theatrical animation.

The multimedia online platform KION, will present the documentary biopic on the creator of VKontakte and Telegram "Durov", the documentary/feature on the H-bomb inventor and world-famous human rights activist Andrei Sakharov "Sakharov. 2 Lives". Among the features, hopes run high for the detective thriller "Reaper Bay". KION will also present the project "Night Mode". This is one of MTS Media’s first projects in the KinoStories format, which offers the user the option to choose whether to watch it as a feature film or as a web series for 10-15 min.

CTB Film Company will present its new comedy "Clipmakers", as well as a range of animation projects. The company says that it is already actively collaborating with the MENA market, and this year, deals have been struck with Middle East buyers for the war drama "Infiltration", fantasy "Upon the Magic Road", animated comedies "My Sweet Monster" and "The Barkers".

Wizart Animation will present the fifth installment in the Snow Queen franchise, "The Snow Queen and the Princess". Based on the results of recent AFM 2021, the company signed contracts for the distribution of the animated film in France, Turkey, South Korea, Norway, Iceland, Sweden, Denmark and Finland. In Dubai, the company expects to hold negotiations with prospective partners and finalize deals for the region’s territory. Wizart Animation says that participation in DICM will enable the company to expand its presence in the markets of Middle East and North Africa, as well as study the local market and its specifics in more detail.

CTB Film Company’s animation offering includes "How to Save the Immortal" as well as the new project "Marrakuda". In addition, CTB Film Company plans to hold meetings with Spacetoon to discuss a joint marketing campaign for the release of the new season of the "Moonzy" franchise in the 3D CGI format.

Riki Group plans to continue with sales of its projects "Kikoriki", "BabyRiki", "PinCode", "Panda and Krosh", "Тina & Tony", features "Finnick" and "Teddy Boom!". In addition, the series "The Fixies" will be presented, whose little characters are the mascots of the Russian pavilion at the Expo 2021 in Dubai.

SMF Animation Studio (Soyuzmultfilm) expects to find content distributors (МBC, Spacetoon, Beln and Turner are viewed as potential partners in the region), as well as distributors for the children’s channel Мultilandia. The company’s main projects are "Ziggy and his friends", "Coolics", "Meow Magic"; "Rockoons" and "The Adventures of Peter and Wolf". In addition, the company expects to find co-production partners for "Loodleville". Finally, the projects "The Secrets of Honey Hills", "Claymotions", "Monsikids", "Squared Zebra" and "Orange Moo-cow" will be presented.

Parovoz Animation Studio will present two animation series currently in development - "Spaceport" and "Amazing Cafe". The company hopes to find co-production partners for these projects. Today, animated series produced by Parovoz studio for the media holding Digital Television are available on TV networks and digital platforms in over 100 countries, including the Middle East. Projects like "Be-Be-Bears", "Paper Tales", "Magic Lantern", "Heroes of Envell", "F.A.S.T.", "Leo and Tig" were aired or continue to be aired on various platforms in this region. The company stresses that the Middle East market has a substantial creative and business potential, and, at DICM, the studio intends to find new ideas and projects on the crossroads of European and Middle Eastern cultures.

Russian projects presented at DICM were selected to fit preferences of the MENA region. We hope that top-notch animation, sci-fi, war and sports dramas, comedies and family films, horrors and thrillers from Russian directors will be interesting to an audience that is new to us” Evgenia Markova CEO of Roskino 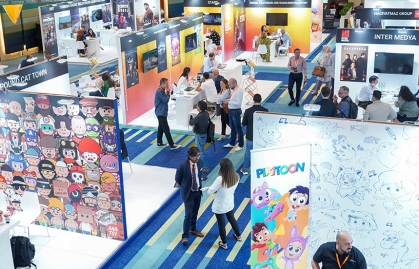 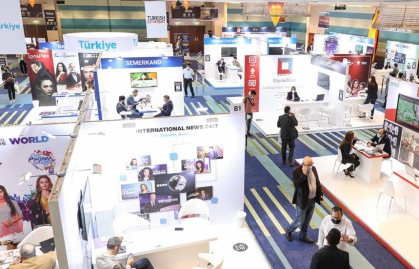 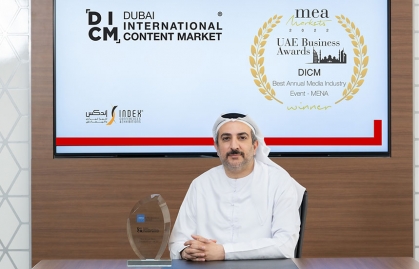 Dubai International Content Market was recognized in the MENA region 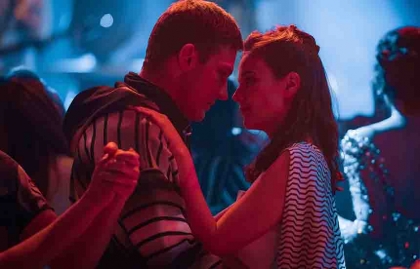