The producer brings a slate of dramas and formats, as well as series and telenovelas that serve various audience types and fulfills business strategies. 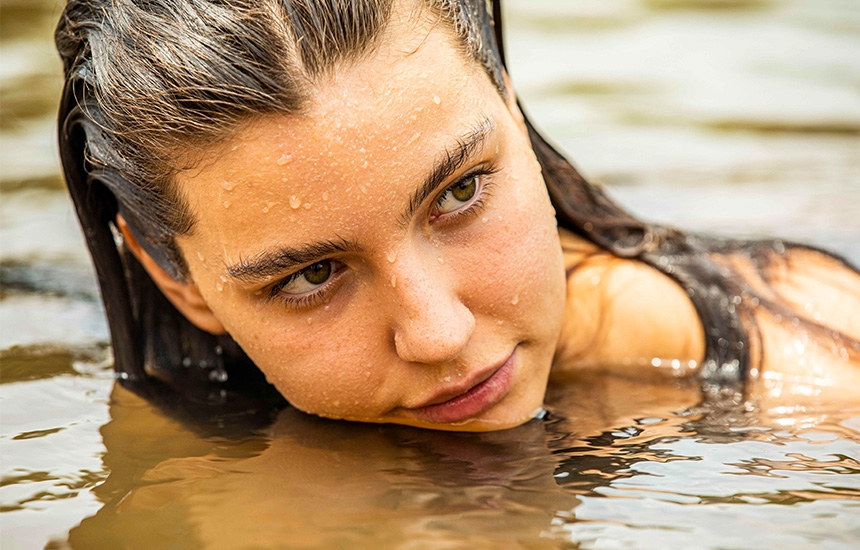 Globo recently detailed its slate of major productions and releases for this year's Mipcom event. Among the main dramas are “All The Flowers” which will be released in the international market at the event, the telenovelas “Pantanal” and “In Your Place,” and Globoplay Originals “Aruanas 2,” “Unsoul 2,” “Hidden Truths 2,” and “Dissident Archangel”. “We seek to form strategic partnerships involving quality content to drive our clients’ objectives. And these productions that we are taking to MIPCOM reinforce our commitment. More than technical quality, we have plots with high power of attraction, with universal subjects,” says Angela Colla, Head of International Sales at Globo.

Currently on air in Brazil, “Pantanal” is audience leader in its slot, reaching 35.8 million viewers per day and with 30% growth in audience compared to the previous telenovela in the same time slot. Originally by the author Benedito Ruy Barbosa and later remade by his grandson, Bruno Luperi, and directed by Gustavo Fernandes, the family saga follows Leôncio and the Marruá, set in one of the richest ecosystems in the world. After the mysterious disappearance of his father, Joventino, cowboy José Leôncio becomes a wealthy landowner, including a ranch in the Pantanal. More than twenty years have gone by and, embittered by his father’s disappearance and his wife’s flight to Rio de Janeiro with their son, Jove, José Leôncio has the chance to reconcile with the boy, now a young man raised in the big city, with values and habits very different from his own. The cast includes renowned names such as Marcos Palmeira, Juliana Paes, Murilo Benício, Dira Paes, Alanis Guillen, Jesuíta Barbosa, Bruna Linzmeyer, Renato Góes, and others.

Mipcom also sets the release of the Globoplay Original telenovela “All The Flowers,” written by João Emanuel Carneiro, author of “Brazil Avenue,” licensed for more than 140 countries. The modern fairy tale is contemporary thriller, "All The Flowers" is aboutMaíra (Sophie Charlotte), who was raised by her father in the city of Pirenópolis, in the Brazilian Midwest, believing that her mother had died. This was a lie her father told her in order to protect her from the scorn of her mother, who rejected her when she learned that her daughter was born with a disability. Many years later, Maíra comes across a stranger on their doorstep. "Hidden Truths 2" shows how with no money and a sick young son, Angel returns to the underworld of fashion and luxury. Giovanna believes that Angel killed her father and will do anything to put her in jail. As a result, they start a personal war, which involves Cristiano, a private investigator. In "Aruanas 2", the activists Luiza and Natalie are fighting to prevent the issuing of an Executive Order that will exempt the largest oil companies in Brazil from paying taxes without Veronica. To do so, they try to stop Olga’s lobbying in Brasília, while investigating the hidden secrets behind the apparently exemplary aura of sustainability of Arapós, the largest petrochemical complex in Brazil.

In "In Your Place," Christian and Renato are identical twins who have opposite lives: Christian grew up in an orphanage and is underemployed, struggling to survive. Renato was adopted by a rich family and had everything that money can buy. When they meet again as adults, a tragedy happens: Renato is murdered and identified as Christian who, in turn, takes the place of his brother. However, to this end, he must leave behind his identity and his great love. "A Trick of Fate" (Telenovela 60 x 1h): After spending ten years wrongfully imprisoned for the death of his girlfriend Elisa, the illusionist Davi returns to the family farm of his beloved under another identity and discovers that her younger sister, Isadora, has become exactly like Elisa. The two fall madly in love, but will have to fight against the evil Joaquin and other outside forces that threaten this great passion.

Among other Globoplay Originals productions that will be present at the event are the second seasons of “Unsoul” and “Aruanas,” released in 2022, “Hidden Truths 2,” and “A Woman's Fate,” from 2021, “We Are Five,” and “Dissident Archangel,” from 2020. "A Life to Die For" tells the story of a declining soccer player, an ambitious businesswoman, a snobbish doctor, and a rebellious pole dancer die by mistake and are sent back to life, with the warning that in one year one of them will die. They then begin a race against the clock to fix what is wrong in their lives and try to change their fate. "Unsoul 2" shows Haia and her daughter Halyna reunited after 30 years after a ritual is performed. For decades, Haia has been plotting revenge against those responsible for her daughter's death. Now Halyna is back in another body to settle old scores. Mysteries from the past and spirit possessions shake the fictitious Brigida, which will be the set of remarkable supernatural events. "A Woman´s Fate" is the story of three women who are stuck to social patterns that prevent them from being happy, while "We Are Five" follows five friends as they reunite after six years without seeing each other.

We seek to form strategic partnerships involving quality content to drive our clients’ objectives. And these productions that we are taking to MIPCOM reinforce our commitment. More than technical quality, we have plots with high power of attraction, with universal subjects.” Angela Colla Head of International Sales, Globo