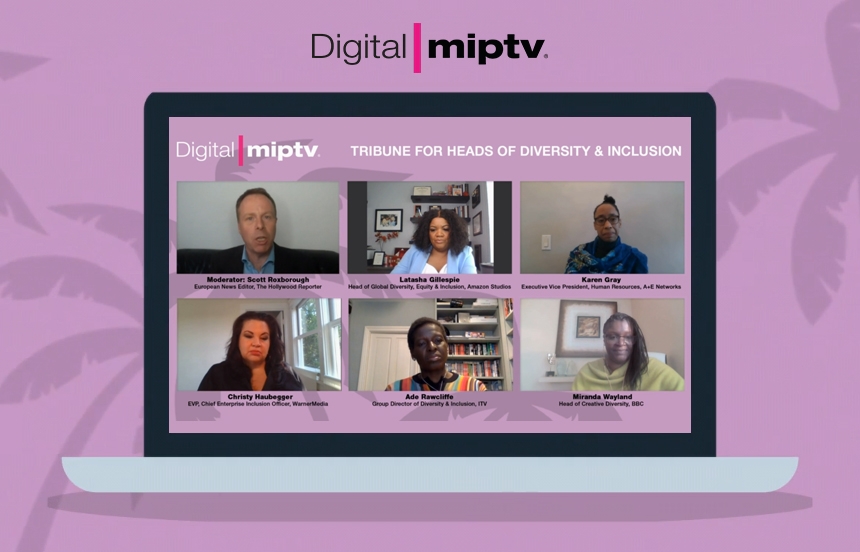 To start, the panelists discussed what is the best a company can do if it feels it is failing when it comes to diversity and inclusion. In that sense, Haubegger argued that it is important to analyze the roots of the problem and not so much the symptoms. “One symptom may be that my company does not have enough diverse talent on camera, or that the work team is not diverse. So, you have to look at the roots, the process that leads to achieving an equitable and inclusive distribution of talent,”  she said.

Gray agreed with Haubegger on looking at the roots of the problem. To achieve this and to overcome any defense mechanisms an employer may have when putting together a diverse team, she suggested bringing in a third party with an objective vision that can help. “When I go to a company’s website and I do not see a person of color, that is a massive sign for me and I start looking at another company,”  she admitted.

“Interviewers should never be the same race, gender and even the same function. As an employer, you have to figure out all the places where you are not being inclusive, either in retaining or hiring talent. Moreover, you got to believe people. When they tell you stories or anecdotes about the experiences they are having, you have to believe them, even if it is something that happened once,”  Gillespie commented.

Later, Rawcliffe say that, as a company, it is important to take immediate measures, in the medium term and also in the long term. “When we hire, we have to hire people who are a reflection of our audience. That way we will be authentic. I think many leaders don't have much experience in managing differences, and they need other people to show them how to do that,” she added.

Although she admitted that “we have seen great progress about certain areas of diversity,” Wayland assured that there is still a lot of work to be done. “We can take as an example the representation of women on screen, which has grown a lot in recent times globally. However, at the same time, that is only one female demographic. You might focus on gender, but there also are different components: you can have a woman of color, or a woman with a disability,”  she concluded.