From July to August 2021, the overall number of titles included in Ampere Analysis’ tracked games content subscription services increased by less than 1%. 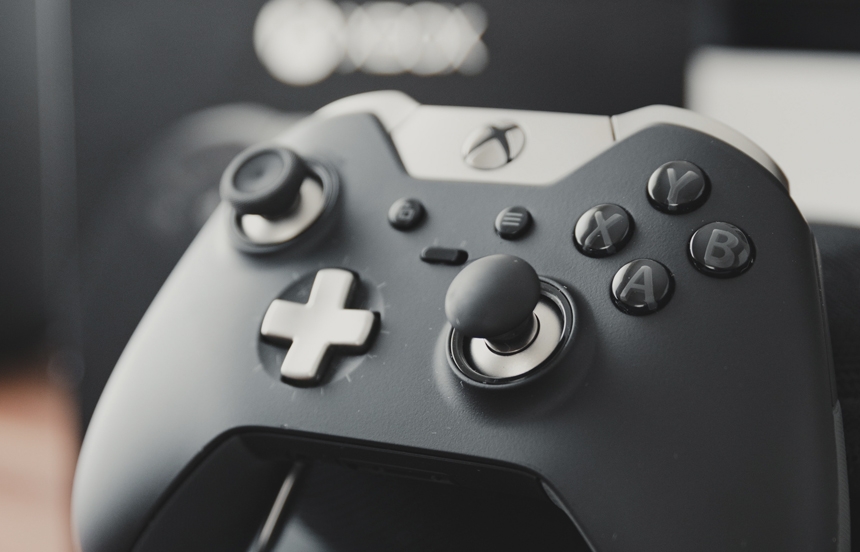 From July to August 2021, the overall number of titles included in Ampere Analysis’ tracked games content subscription services increased by less than 1%. The Magenta Gaming catalogue, for example, grew by 7%, the largest relative increase witnessed in August 2021 but from a small base: 27% of the games added to the service were in the Action and Adventure genre. EA Play on PC saw the largest relative decrease in August 2021, with its catalogue size dropping by 8%.

There was an overall decrease in catalogue activity from July to August 2021, with fewer games both added (-7%) and removed (-23%) from the services tracked. Xbox Game Pass Ultimate accounted for the largest share of total new games added at 27% and the largest share of total games removed at 30%. At the same time, 21% of the games added to the service were published by Electronic Arts. 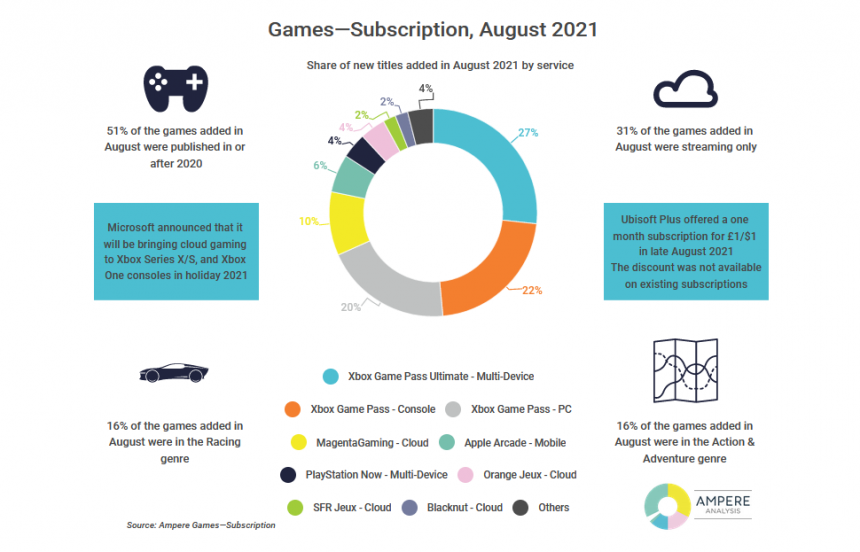 Titles in the Racing genre accounted for 16% of the total new games added in August 2021. In fact, 70% of Racing games were added to Xbox Game Pass services, 71% of which were published by EA and developed by Codemasters. This included titles from the “DiRT,” “GRID,” and “F1” franchises. In February 2021, EA completed its acquisition of Codemasters — a developer specialising in racing content — to strengthen its sports portfolio. The publisher has since integrated Codemasters’ content into its subscription offerings.

At Gamescom 2021, Microsoft announced that it will be bringing cloud gaming to Xbox Series X/S, and Xbox One consoles. Launching holiday 2021, Xbox Game Pass Ultimate subscribers will have access to over 100 cloud-enabled games on the consoles. Streaming reduces the impact of limited storage space and cuts the delay associated with downloading content. “By eliminating this wait time users will be free to engage with a wider variety of games for longer periods, strengthening the likelihood of in-game or franchise spending,”  noted Katie Holt, Analyst at Ampere Analysis and the author of the report. 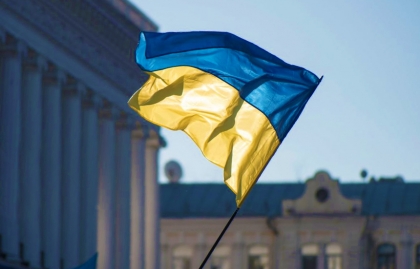 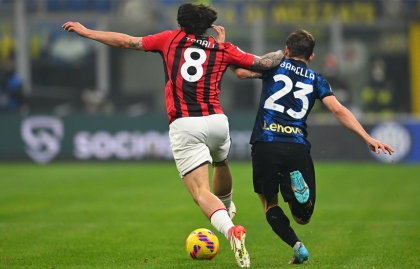 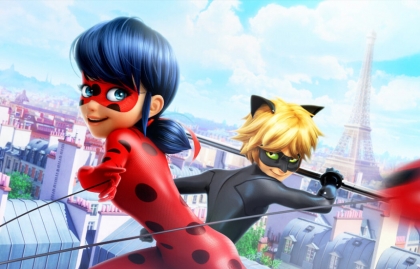