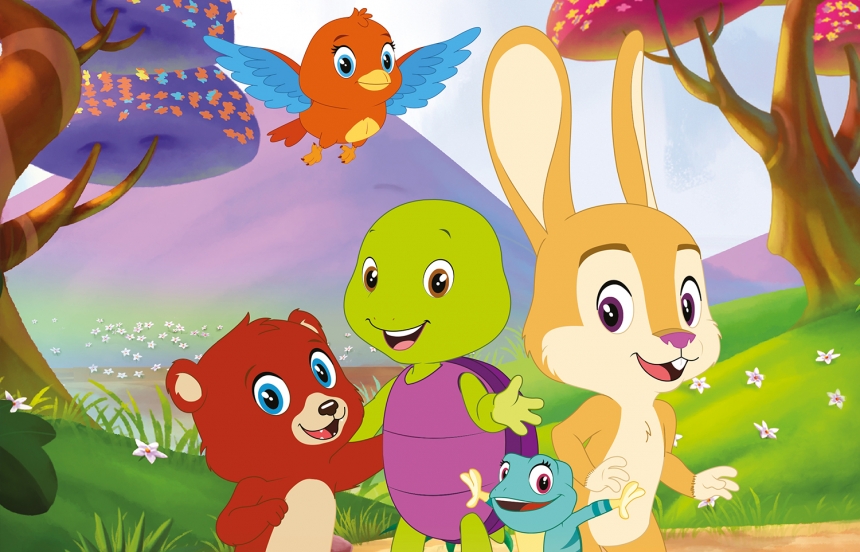 The show follows the adventures of the eponymous heroes and his friends: Roxy the Chameleon, Zing the Rabbit, Melody the Bird and Tadley the Bear. Together they love having fun while figuring things out as a team. The series encourage kids to explore, make choices, learn from their mistakes and make necessary decisions along the way, promoting self-determination and fostering independence.

“We are very excited with the response the show has received across Middle East and Northern Africa with Discovery Kids. We are now launching 'Purple Turtle’s' edutainment app worldwide and have already sold over tens of thousands of books featuring our hero and his friends!,”  said Manish Rajoria, Director of Aadarsh Technosoft Pvt. Ltd.

“'Purple Turtle' is a very sweet series full of values that fit very well with Cyber Group’s preschool DNA. I am particularly pleased of having joined the copro team and having Cyber as a global distributor of the series,”  added Pierre Sissmann, Chairman and CEO of Cyber Group Studios.