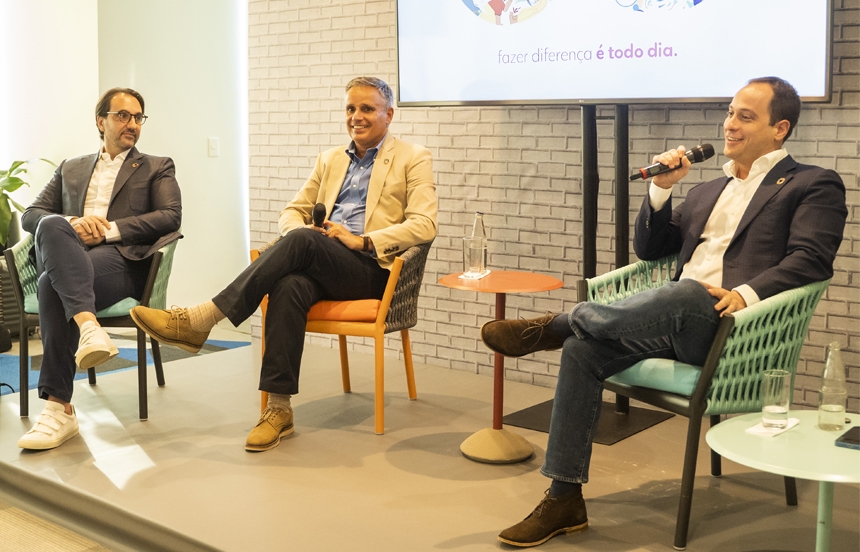 The first, the production and distribution of content related to social and environmental evolution; the second, diversity and inclusion; the third, welfare and work environment; the fourth, environment; the fifth, governance; and the sixth, education, now tangible thanks to the "LED Movement – Light in Education", an initiative of Globo and the Fundação Roberto Marinho. "It is the official launch of an ESG agenda that is the result of historical work that the Group has carried out throughout its existence," said Paulo Marinho, Executive Director of Globo, who highlighted that the project guidelines are part of the company values ​​and mission.

Headed by Manuel Belmar, Director of Finance, Legal and Infrastructure, the project was initiated by 20 people, for whom "their primary objective has been to understand what was being done and recognize what remains to be done," the executive said. To begin with, they did a benchmark with international media companies to see movements and possible courses of action. They found that content is the main asset and connecting power that media organizations can use to push the agenda. This learning was connected with analyzing internal processes and with the perspectives of five stakeholders: employees, consumers, advertisers, investors, and shareholders. From the crossing of this information with the business objectives, the six commitments were born. “Globally, we are taking it a step further,” Belmar said, comparing it to ESG initiatives seen elsewhere. The move makes the group the first national media company to formally commit to the cause.

The initiative is in the phase of defining goals and metrics about what it should promise for 2030. In "environment", however, some are already aligned. The organization wants to have a 100% renewable energy matrix -currently 95%- and manage waste without sending any material to landfills (today it can only do so with 50% of the leftovers). According to Maurício Gonzalez, leader of the Environment group, the group "is investing in many technologies and creating new initiatives." He also explained that "there is a commitment to reduce greenhouse gas emissions by 15% by 2026 and 30% by 2030", data already announced when debt bonds were issued abroad earlier this year.