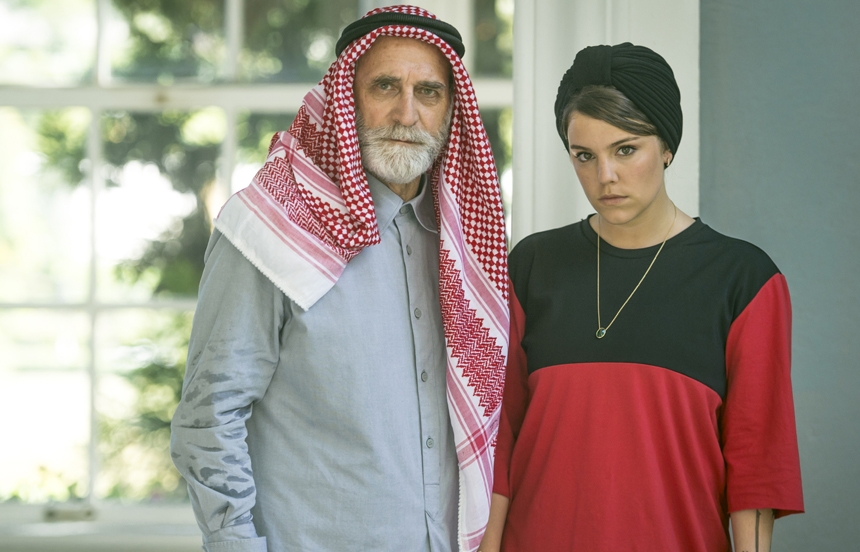 The great success of Globo's dramatic works, the telenovela "Orphans of a Nation," debuted yesterday on open TV in the United States through UniMás. The production is part of the strategic agreement signed between Globo and Univision, which recently aired the telenovela "Sweet Diva" with excellent ratings in its slot during primetime.

Written by Thelma Guedes and Duca Rachid with the artistic direction of Gustavo Fernandez, "Orphans of a Nation" won in December 2020 the Best Telenovela award in the 48th International Emmy Awards. The telenovela was also awarded the Grand Prize in the 15th Seoul Drama Awards in 2020 and won the Rose D'Or Awards in the telenovela category in 2019. Since then, the production has been traveling around the world and is licensed in over 50 countries. Some examples are Mexico, aired by Imagen Televisión, in Bolivia, by Red Uno, and in Uruguay by Teledoce and Eastern Europe, in Albania's TV Klan HD Macedonia's TV Klan. The telenovela brings the important refugee issue as a backdrop to create a pulsating story, which has empathy, cultural diversity, and resilience in the name of love as the main ingredients.

In the plot, two Syrian refugees have to leave their native land and depart for Brazil to rebuild their lives. But, to live this love, they need to triumph over a lot of barriers. Betrothed to the sovereign sheik Aziz (Herson Capri, 'Irrational Heart'), Laila (Julia Dalavia, 'The Other Side of Paradise') runs off with her parents to São Paulo. Meanwhile, Jamil (Renato Góes, 'Dark Days'), godson of Aziz, is sent to Brazil to bring her back and force her to fulfill the marriage contract. Jamil falls in love with Laila, and the two decide to get married, awakening Aziz's wrath. After the sheik has been mysteriously assassinated, his daughter Dalila (Alice Wegmann, 'Land of the Strong' and 'Dangerous Liaisons') continues with her father's revenge plan, doing everything that it does take to separate the couple.

The telenovela had a technical partnership with UNHCR (UN Refugee Agency), which collaborated with information regarding the context of forced displacement and sociocultural integration of refugees. In addition to this, the cast also had the performance of a Syrian refugee, Kaysar Dadour, who brought a real view to his character.