The Italian hit animated series will be co-produced by RAI Ragazzi, Hessischer Rundfunk/ARD and Cosmos Maya, directed by Sergio Manfio. 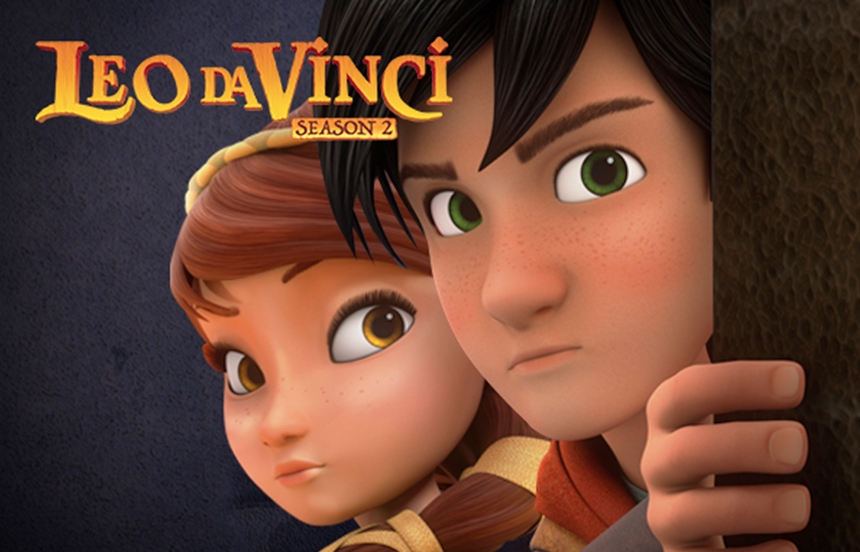 This brand-new instalment of Leo da Vinci’s 52 original 13’ CGI adventures begins in the summer of 1468 during the European Renaissance, where we find our beloved characters again, now turned 16.

RAI Ragazzi’s Luca Milano comments: "'Leo da Vinci' is one of those rare series that has entertained and amused children and older kids in these past few years, with an imaginative story contained in a historically accurate context. It’s an incredibly valuable series for many platforms, but especially for a public broadcasting network. That’s why RAI Ragazzi is very pleased to launch this second season, along with Gruppo Alcuni and the other co-producers, which promises to be quite thrilling travelling around15th Century Europe!"

HR Producer Patricia Vasapolloadds: "After the impressive success of the first season, ARD and Hessischer Rundfunk are honoured to be part of the new adventures of Leo, Lollo and Lisa on their journey through Europe. It will be a pleasure to continue our collaboration with Gruppo Alcuni and RAI. German children are looking forward to new episodes."

Cosmos-Maya CEO Anish Mehtaconcludes: "We are delighted to see the stellar response Leo and his posse have received from kids across Europe, leading to the show getting greenlit for and awaiting a 2nd season release. 'Leo da Vinci 'ratings and creative edge are a testament to the potential of such internationally co-produced animation projects that result in stories that involve creative capabilities from across the globe and are culturally transmutable. My thanks and best wishes go out to Gruppo Alcuni, Rai Ragazzi and all our broadcast partners in Europe. We’re sure Leo da Vinci will see much more reach globally as a brand property in the time to come."