The agreement reached between Touché Films and Somos Distribution allows Luis Villanueva's company to market the series that has been so successful on different screens. There are 51 episodes of 30 minutes, organized in 5 seasons. 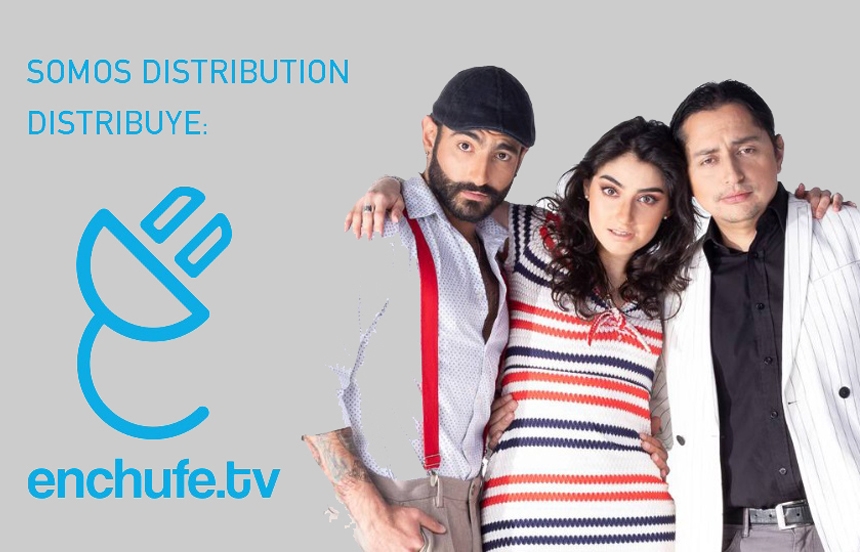 Somos Distribution, the global content distribution company part of Somos Group, it is exclusively distributing the successful content series "Enchufe.tv", the humorous sketches that are an online sensation, having more than 24 million followers. The distribution agreement signed with Touché Films allows the company led by Luis Villanueva to market these highly successful programs on different screens. The 30-minute shows are organized into 5 seasons, with a total of 51 episodes.

"Enchufe.tv" produces humorous sketches of different durations (an average of approximately 5 minutes), which are assembled in 30-minute content for distribution on television and other platforms. The sketches have been so successful that they have migrated from the online platforms to television in channels such as Teleamazonas and Estrella TV and will be presented at the LA Screenings of 2021.

Enchufe.tv satirizes everyday situations in an entertaining and hilarious way, in a proposal of wide appeal to all audiences. The sketches are directed by Jorge Ulloa, Orando Herrera and Christian Moya, among others. This team has achieved significant success with various audiences in the new online platforms since in today’s circumstances, humor is much needed. Touché Films, Enchufe.tv's production company, has posted a weekly video since November 2011 parodying family parties, mom and son relationships, fun situations, talks between friends and other topics.

Francisco Villanueva, VP and COO of Somos Distribution stated: "For us at Somos Distribution it is a pleasure to distribute the humor of Enchufe.tv. We are sure that the public will enjoy these contents because they are short of very good quality, with a well thought out humor and far from controversies, appropriate for the times we live in. Television humor has always been an attractive element and is very indicative of the quality of Enchufe.tv, which has achieved that wide demographic target that attracts programmers in the region and a presence in new and traditional media at the same time. The shorts have been assembled in a very striking way and each show is a space of rest and laughter for the audience."

"Enchufe.tv was born with the intention of changing the audiovisual in Ecuador. Years later, its founders set a bigger goal, changing the audiovisual in Spanish. The fact that Somos Distribution becomes the distributor of its TV seasons brings us closer to fulfilling the dream of reaching a diverse audience with the particular humor that characterizes the series," said Arturo Yépez, CEO of Touché Films.