Following the new protocols established in the world of entertainment by the COVID-19 pandemic, the co-production began its first film phase on February 8 at various locations around the city of Caracas. 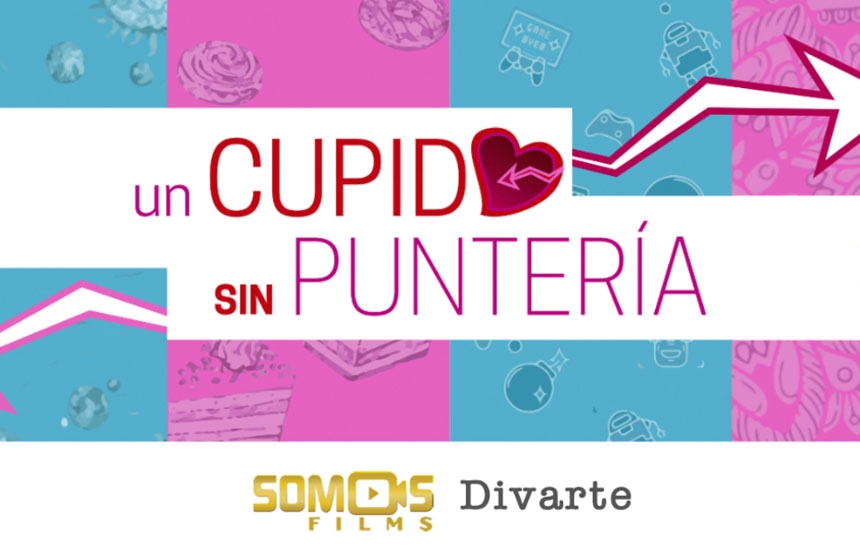 Somos Films, the film production company part of Somos Group, and the renowned Venezuelan production company Divarte Producciones, will produce the romantic comedy "Un Cupido Sin Puntería" in Venezuela. Following the new protocols established in the world of entertainment by the COVID-19 pandemic, the co-production began its first film phase on February 8 at various locations around the city of Caracas, including the city’s Science Museum, among others.

With "Un Cupido Sin Puntería", Somos Films has a catalog of 8 films: "Voy por Ti" (presented at International Festivals), "Muerte en Berruecos" (nominated for the Goya Awards), "Especial" (winner at the Chicago Film Festival), "Al Revés", "El Quinceañero de mi Abuela" and "El Paraíso de la Serpiente", also adding the Venezuelan film in production phase "Hotel Providencia". "We are very happy with this new production. This is a very successful genre among the audience and our production experience in Venezuela has been very positive. 'Un Cupido Sin Puntería' has a very professional casting and the production team, led by Jose Antonio Varela, possess a lot of experience. We have ensured quality and entertaining product, as so lacking in these times," Luis Villanueva, President and CEO of SOMOS Films said.

José Antonio Varela, Director and Producer of the film, commented: "'Un Cupido Sin Puntería' is a romantic comedy that tries to approach a historically very successful genre, from a contemporary perspective, incorporating the complications that arise from the new conceptions of love. I am fortunate to work with a wonderful cast of renowned Venezuelan figures, and I have two extraordinary allies in the Executive Production: Luis Villanueva, who knows and manages the production, exhibition, and distribution of content, and Thaelman Urgelles, who has supported us with his experience and sapience since the conception of this story."

The romantic comedy tells the story of Aquiles (Luis G. Abreu), an introverted museologist who got his heart broken by Veronica (Adriana Romero) the love of his life. That same day Victor, an old friend whom his wife threw out of the house, arrives at Aquiles’ house, wanting to turn the temporary shelter into a permanent situation. Aquiles realizes that living with his friend is a nightmare and creates a plan for him to leave: reconcile him with his ex-partner Alicia. Aquiles discovers that she is a lovely and wonderful woman and does not fully understand how Alicia fell in love with a man like Victor, and although he feels a little remorse, the despair leads him to move forward with his Cupid's plan. But Aquiles has a very bad aim playing as Cupid, and in the end, the only arrow will go towards him.