Liliam Hernandez and Gema Lopez, CEO and COO of Universal Cinergia Dubbing, respectively, received a plaque recognizing their contribution to Turkish content from the Turkish Chamber of Commerce at Mipcom Cannes 2022. 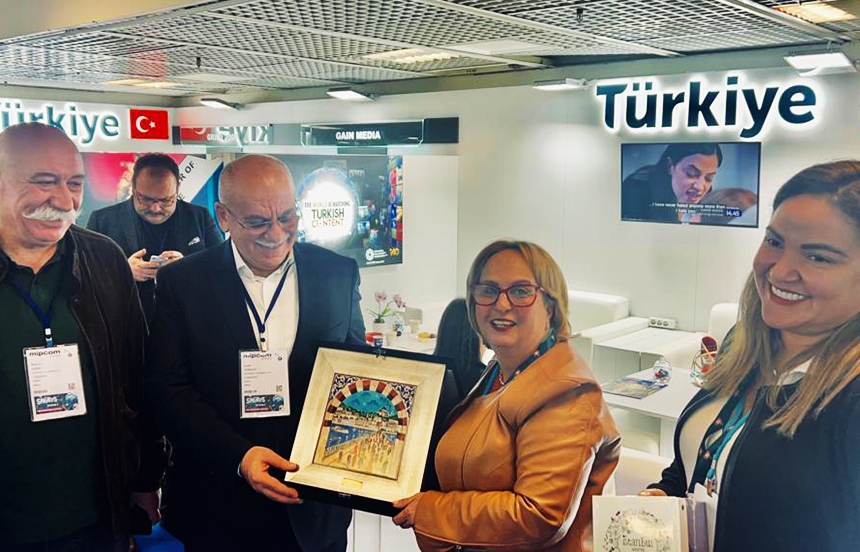 Liliam Hernandez and Gema Lopez, CEO and COO of Universal Cinergia Dubbing, respectively, received a plaque recognizing their outstanding contribution to Turkish content from the Turkish Chamber of Commerce at Mipcom Cannes 2022. Turkish content has been thriving in Latin America and around the world, and dubbing has made it travel well. Universal Cinergia is the studio that first paved the way for dubbing Turkish content in Spanish, and today it is responsible for 80% of dubbed content from Turkey that is distributed into Latin America.

“It is a blessing and an honor for us to share in the success of Turkish content proliferation around the world. We realized early on that their premium programming would be a major hit with audiences in Latin America and we immediately started developing relationships with the key players in Turkey. Receiving this recognition is a testament to our important work in the region,”  Hernandez commented.

Due to the vast contribution of Universal Cinergia in promoting Turkish content through dubbing and therefore contributing to the economic expansion of the industry internationally, an alliance has been created between the US-based company and the Turkish Chamber of Commerce to launch an event that will celebrate Turkish content in 2023. Details of the event will be released at a later date.