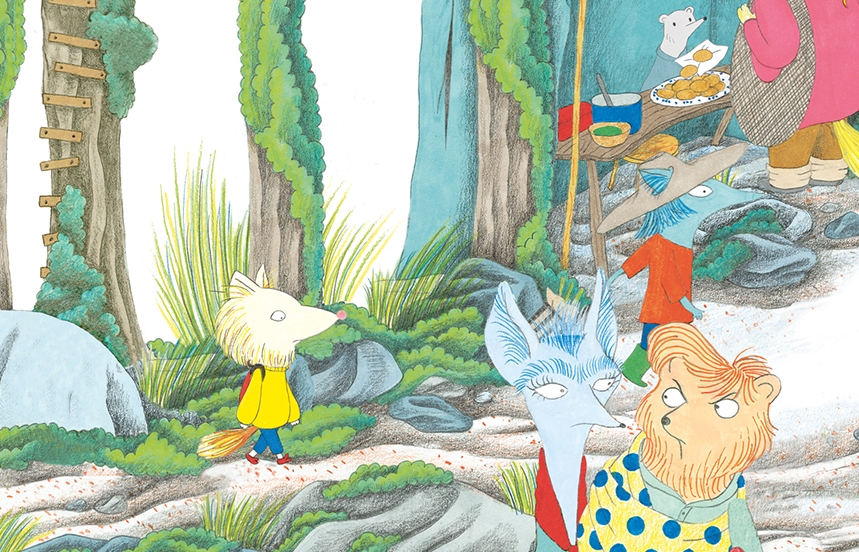 “We are so excited to add these standout series, which already maintain a global young fan base, to our existing roster of quality kids programming,” said Tony Havelka, CEO of Ameba.  “We are committed to giving our young audiences some of the best kids’ entertainment from around the world via a platform that is popular with children and families today.”

Emmanuèle Petry, Co-Founder of Dandelooo added, “We are thrilled and honoured to join the Ameba platform which is devoted to offering high quality meaningful and engaging programs for children.  Ameba is a great platform for Dandelooo’s titles, which fit perfectly in educating and empowering young viewers.”

The new titles join Ameba’s 2,200 growing hours of programming currently available to kids and families throughout the US and Canada.

Dandelooo’s featured programs now streaming on Ameba are: Seasons 1 & 2 of "The Treehouse Stories" (49x7m). Produced originally in France for Canal+ by Dandelooo and French prodco Caribara, the series mixes live-action with 2D-animation and is targeted at kids ages four-to seven-years-old.

"Chico Chica Boumba" (52x3:30 m) series gets kids on their feet to learn 52 different dances thanks to its cool professional coaches.

"Houdini" (53m): Meet Little Harry and see how he became the great Houdini, the, most famous magician of all the times.

"Ribbit’s Fantasy Riddles" (52 x 3m): Each episode features Ribbit as he gives clues to the audience so each child can try to guess what the animal of the day will be.

"Kiwi" (78 x 5m): This series is a cute ‘awakening’ to learn English words and literacy in a fun way, thanks to the silly Kiwi brothers.