TelevisaUnivision named the stars who make up the cast of “Isla Brava” (working title), the new ViX+ Original series that the company is producing with Onza Américas. 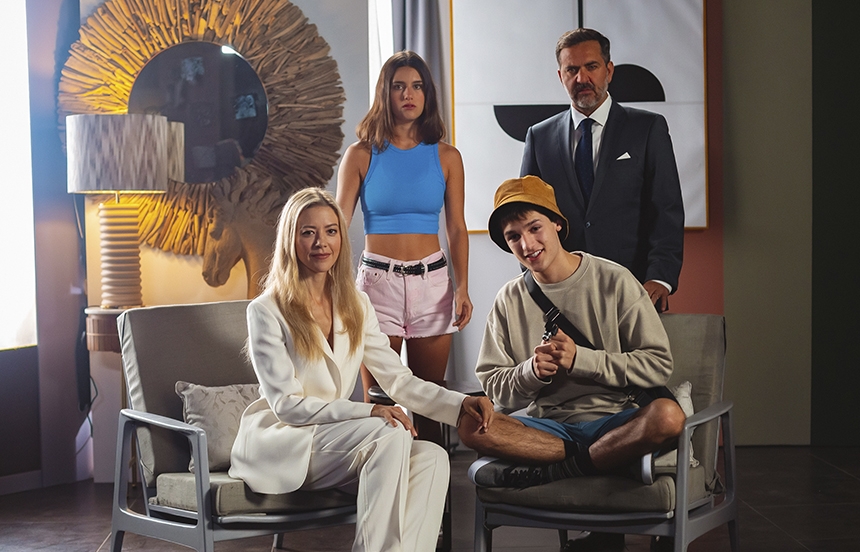 TelevisaUnivision named the stars who make up the cast of “Isla Brava” (working title), the new ViX+ Original series that the company is producing with Onza Américas. The cast is headlined by Fernanda Castillo, Erik Hayser, Flavio Medina, Bárbara López, Pablo Astiazarán, Juan Pablo Fuentes, and Karena Flores, among other major talents.

Created by Esther Feldman and directed by Pitipol Ybarra, “Isla Brava” tells a story of mystery, forbidden love and revenge. On the same night that Lucía (Fernanda Castillo) decides to confess to her husband Alfredo (Flavio Medina), owner of a luxurious resort on the Costa Brava, that she is in love with his younger brother Bruno (Erik Hayser), Alfredo mysteriously disappears without a trace. His body is missing, and there are no signs of violence. A detective with unconventional methods comes along to solve the case. The search for Alfredo will reveal a storyline darkened by greed, blackmail, gambling debts and a discovery that will bring a perverse family secret to light.

ViX+ offers subscribers more than 10.000 hours of premium content, including more than 70 ViX+ Originals series and movies set to debut in its first year. The service is available in the United States, Mexico, and most of Spanish-speaking Latin America by subscription, online at vixplus.com and via the ViX app, and on a variety of platforms and devices.