After announcing to the international market in January the new ‘Uma Só Globo’ concept that unifies all the group's brands into a single company, Globo is present at Kidscreen Virtual Summit 2021. 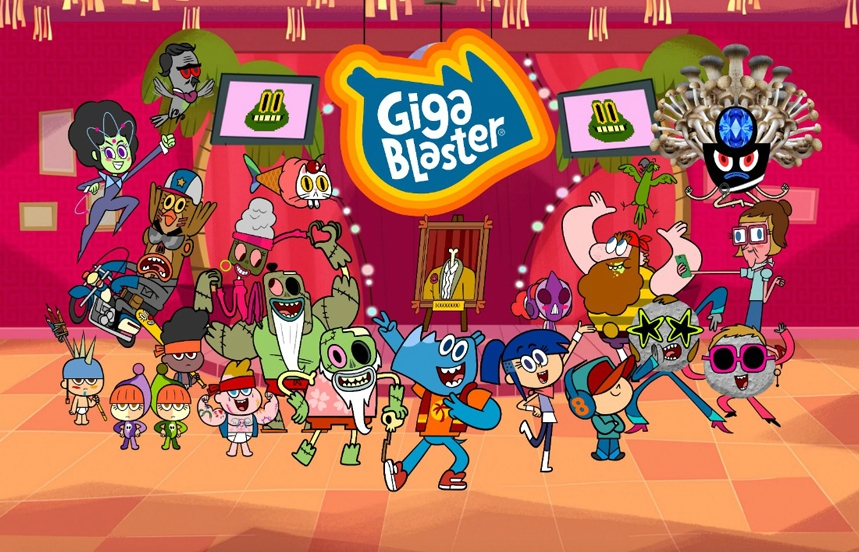 Globo participates in the virtual edition of Kidscreen Summit 2021 with its most recent news in Gloob's Kids content –the company's children's channel with a focus on content for children from 6 to 9 years old–, which becomes part of Globo's international product catalog . In the second half of 2020, Gloob conquered the leadership in the audience among children with pay TV in Brazil.

At the event, the company presents its latest news in Gloob's Kids content - the company's children's channel focused on content for children from 6 to 9 years old -, which becomes part of Globo's international product catalog. In the second half of 2020, Gloob won the leadership in the audience among children with pay TV in Brazil.

According to Angela Colla, Head of International Sales at Globo, this is the first event focused on children's products that the company participates after the inclusion of Gloob content in its international portfolio.  “This inclusion brings even more strength to our presence in the international market, adding to the diversity of content that we offer to meet all profiles of audiences; and it also enhances the strength of Gloob products, which are known to delight children from around the world”.

To highlight this participation, Globo chose five productions that are successful in several countries to compose its portfolio: ‘Game Crashers’, ‘Gigablaster’, ‘Brainiacs’, ‘Valentins’ and ‘Time to Rock’. In addition, the company takes the opportunity to launch ‘Seninha on the Crazy Race’, which pays homage to the legendary Brazilian F-1 driver Ayrton Senna.

Created by Angela Hirata and seen in more than 30 countries, ‘Brainiacs’ brings the story of Isaac (Kaik Pereira), a public-school student who is invited to attend a school for students with special skills. There he meets Maya (Mel Bayde), a computer genius, slightly rebellious and an extreme sports lover who is looking for a father he never met; Luiza (Giovanna Colucci), a girl with supermemory, able to remember what she had for lunch three months ago; Otto (Cauã Martins), a chemistry genius who can't say “no” and will be his roommate; and Tesla (Júlia Mendes), a robotics genius who sees Isaac as an opponent. Crazy projects, friendship and fun mix in the institution's daily life and in the lives of these friends.

Licensed for countries like Russia, Colombia, Sweden, Israel, Uruguay, Angola, Mozambique and Sri Lanka, the 'Valentins' series tells the story of the four children of scientists Alice (Cláudia Abreu) and Artur (Guilherme Weber), who live in a home with family in pre-internet times. When the parents mysteriously disappear, the siblings are left to their own devices and are forced to face all kinds of fears and threats, in addition to the presence of an unexpected adversary.

‘Game Crashers’ was the second most watched children's program during its screening* in 2020. Gloob's first children's sitcom tells the fun story of Neo (Ryancarlos de Oliveira), Glinda (Isabella Casarini) and Tyron 667 (Vinicius Marinho), characters from the game Storm-Kroll. Mig (Gabriel Miller) and Carol (Sienna Belle) are brothers with opposite personalities. Everything goes smoothly, until an extraordinary event happens and changes everyone's life. The intergalactic trio, tired of fighting villains and saving the universe hundreds of times a day, escapes the screens and sets out on a new mission: to live the great adventure of real life. They will count on the help of Mig and Carol so that the students of Pirandello School do not discover their true identities.

In the animation 'Gigablaster', sold to countries like Russia and Israel, Giga is a blue rhino in charge of a strange mission: to sing with the headless Japanese, the long-lost legend of Cool Daddy’s, the coolest karaoke bar in the city of Corner Pocket. But his mission will not be a walk in the park. Along with his sassy older sister Ruby and his noisy younger brother - the tech geek Ziggy - he must face the insane training challenges devised by Cool Daddy as he goes on crazy and fun adventures with the strange characters coming through the club.

Winning the 2017 Bangalore Shorts Film Festival Best Animated Award, the ‘Time to Rock’ animation brings the story of four very unpopular children: Fred, Bea, Duda and Chewie, who are part of a very peculiar band: they only play video game instruments. When your chaotic cat Spark bites the energy control panel, the game turns into a time machine. From then on, every time they play, the four can transport themselves anywhere in the past. But, of course, they end up getting in trouble and changing the course of history.

Luiz Filipe Figueira, Programming and Content Strategy manager at the Children's Unit at Globo, composed of the Gloob and Gloobinho channels, is also present at the event. On the 25th, Figueira will participate in the panels “In Conversation With” and “Cocktails With” in which he talks about the content strategy and the main bets in programming for Globo's children's channels over the next years.