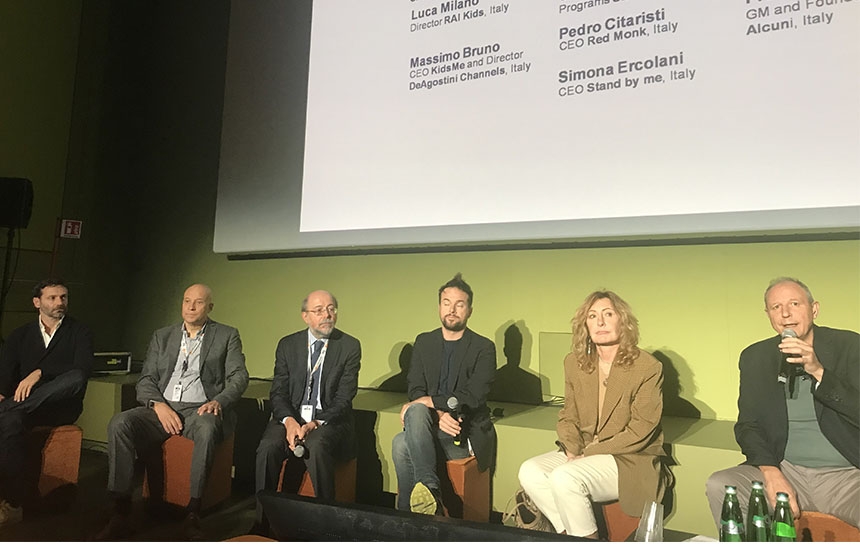 In the current audiovisual landscape, broadcasters and platforms are increasing their content needs and new business model are emerging, targeting new slots and new audiences. One of the new trend is that live action experts go animation, and animation experts go live action, with the objective of seduce new territories and various age groups as teen, family, adult, in addition to the long recognized children segments known for its dynamic inventiveness. Italian broadcasters and producers have unveiled their experiences in those two sectors in the panel "New Models and Scenarios for the Italian Industry" at MIA Market. Luca Milano, Director at Rai Kids remarked that Rai properties, when they are successful, have a long-lasting relationship with the public and remain on the air for many years. "We support and promote creativity especially in Italy, and together with our mainstream products we always identify one or two titles that can offer something new because the important thing is to look for something new and not leave that space to international products." Massimo Bruno, CEO KidsMe and Director at Canali DeAgostini, mentioned that the language is changing and live action and animation are meeting, which represents a great opportunity for both sectors. “My mantra is always to make fun content, no matter the genre, because fun for kids is a value and we must tell them the reality, even if it is more difficult with animation, but we must tell them about the world around them, and prepared them for the adaptation”.

Pedro Citaristi, CEO Red Monk, analysed the synergy between animation and live action and vice versa and attributed it to multiple reasons, either to gain experience in another sector, or to reach a different target, but for this there must be a synergy between both sectors, while Marco Griffoni, CFO Palomar said that the company has limited experience in animation, because they entered the sector three years ago, when they became part of the Mediawan group. "In our studio we want to accumulate experience in content for children and create quality content, both for children and for other targets in animation and live action." On the other hand, the executive verified the trend of invasion of the field between animation and live action "but the ability to tell a story and do it with quality is the most important objective."

In the same talk, Francesco Manfio, General Manager & Founder Gruppo Alcuni, stressed that Gruppo Alcuni defends the values of respect, tolerance and hope, regardless of whether it is an animation or a live action. "We must maintain the style of each company, respect the uniqueness of each of our productions, people see our products and recognize that they are from Gruppo Alcuni", he assured. “We can make fiction but always keeping the values of our animations”, he added. In his turn, Giorgio Scorza, CEO and Art Director at Movimenti Production (a Banjay's company), pointed out that the language of animation allows certain themes to be generalized, whether in animation or live action. “In Italy we have a lot of talent, there are very innovative projects that spread all over the world”, he indicated. "The language of animation is used to tell something of identity and with a clear message, and if it is achieved, people follow the content."

For Guliano Tranquilli from StandbyMe, the animation sector is a very specific world and also a laboratory. "Content developed, created and distributed for kids is a laboratory, but if a story is told in an honest, simple and direct way, your audience can be the world," he said, while Maria Carolina Terzi, producer at MadEntertainment pointed out the platforms they should pay attention to the world of animation and the productive capacity of Italy. “Rai should not be the only one”, she sentenced. On the other hand, she indicated that the struggle of Italian animated films not only for children but also for adults is tragic “because whoever has an interesting project does not know which door to knock on. Why Netflix has invested a huge amount in a Spanish animated film and we do not exist, we must exist, "she said.

The MIA also stood out the strategies to bring content to the right place at the right time. Simon Crowe, Founder & CEO of SC Distribution Intl, UK and Julien Borde, Executive VP of Animation contents Mediawan, unveiled strategies can be used to bring a property to its best performances and went through examples of lessons learnt and best practice.
SC Distribution International, is an independent company that distribute animation feature films worldwide. "As independent, I always have to build brand and try to build every film in different ways and the path in animation is long, around 5 or 6 years. Over the last 20 year, I started to focus on animation, and my goal in life is that every film I'm on board has been seen for many people as possible, so we have to figure out who films can reach a wide audiences." As Independent, Crowe mentioned his has to flexible at the moment to release a film. "We launch the film in the domestic territory first and after we roll out in the rest of the world and we choose the Holyday season but as we cannot compete with Disney or Pixar movies, we launch animations feature films on theaters two weeks later."

Julien Borde said that through his long career in animation he has learnt some assets to achieve a success with a kid brand. "Establishing a brand is always a big path, the first thing you have to do is establish a very good plan, put a creative team to work together in order to concreate the plan in a long term and we also have to build a good programing and also marketing plan at the same time. On the other hand, programming is about creating consuming habits in kids and then, you can launch a brand."

Alessandro Araimo affirmed that the productive industry has an incredible historical opportunity that must be ensured. "The fact of having 3 or 4 global windows for an Italian product is a great opportunity, but this requires an increase in quality and the type of story that is told. From the beginning of a project, international projection must be taken into account, but without losing the local imprint”, he said.

Maria Pia Ammirati, Head of Drama at Rai, highlighted the growth of Italian content abroad thanks in part to a market like MIA. “The market was born 8 years ago and no one could have said that Italy will be a center for the world's audiovisual sector.” Likewise, Roberto Luongo, CEO and Managing Director, ICE – Italian Trade Agency, stressed that the agency favors the internationalization of Italian content, both for TV and cinema. "The audiovisual sector was and will be a center of growth and development for companies in our country, and the export of our content has doubled in recent years," he stressed. “Italian productions have to be in symphony with the international market and many times they are closely related to the national market and we must take a step in this direction, alongside the MIA and the APA”.

In his intervention, Jaime Ondarza, proposed to create an industrial system in the audiovisual market. “It is a virtuous model, where the content is present on the platform for a short period of time and then gives other windows the opportunity to broadcast it. We are creating more culture, and we will bring more Italian stories to the world,” he noted. To conclude the panel, Nicola Borrelli, General Director at Direzione Generale Cinema e Audiovisivo MiC, stated that the volume of investment in the audiovisual sector has increased and sales have grown in international markets, but a flow of growth worldwide and Italy She is immersed in it."

UPDATED NUMBERS
The total cost of producing original video-television content (TV + VOD) reached €1,420-1,470 million in 2021 (+ 37% compared to 2017). Investments in series and films for TV and VOD constitute the main component of the value of original audiovisual production. It is also the component that recorded the greatest growth between 2017 and 2021 (+ 62%), follows for size the entertainment segment and other genres (documentaries, current affairs and in-depth programs, talk shows, cultural magazines, etc.).

Between 2017 and 2021 the number of securities that had foreign circulation increased considerably (from 17 to 48). The growth is due both to the production / distribution of titles for / on global platforms and to a greater ability of titles produced for TV to find distribution opportunities on international markets. The international value in 2021 is estimated at around 100 million euros. Half (24 out of 48) of the original Italian titles (series and fictional films) circulating abroad are produced for the GVP (Global Video Platform). Between 2017 and 2021, the number of titles produced for TV and which had some foreign circulation went from 15 to 24.

Growth in demand for fictional series and films for TV and VOD and the expansion of investment by global platform operators have contributed to the growth in production value in scripted genres. The consolidation of the sector continues through the multiplication of M&A also for small and medium-sized companies.

In the offer of Fiction 2021-2022, among the customers of domestic fiction, the offer of the consolidated operators of linear TV (Rai, Sky and Mediaset) continues to have a greater weight than the original Italian production of the platforms (Netflix, Amazon Prime Video, Disney +) but the contribution of streamers is growing more and more.
By Romina Rodríguez from Rome 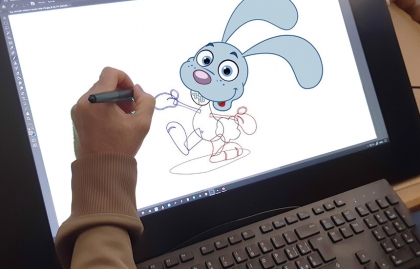 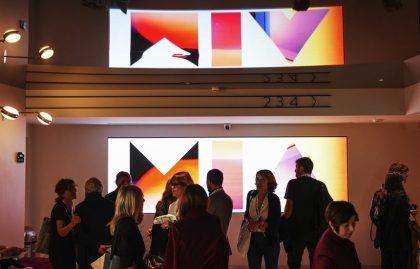 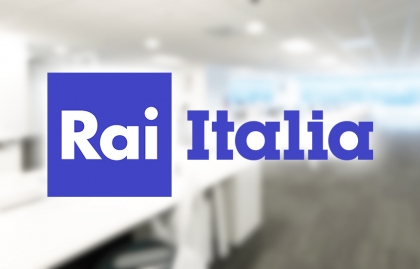 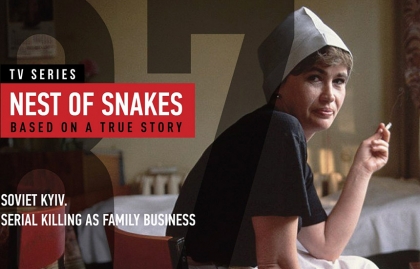 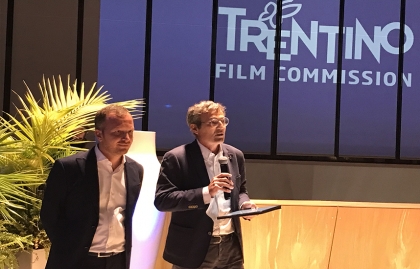 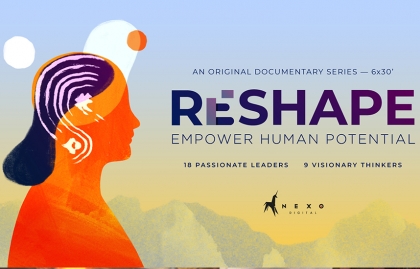 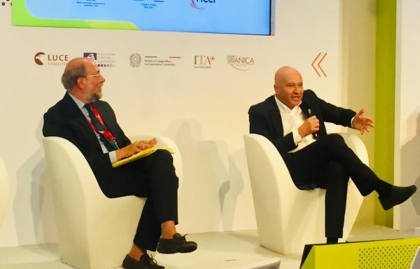 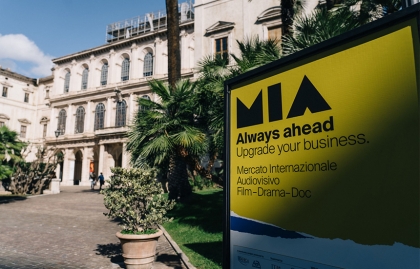 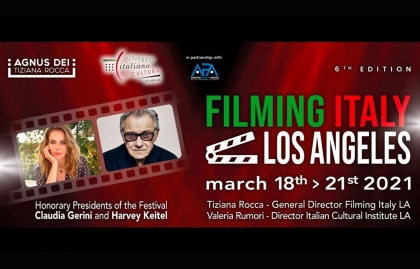