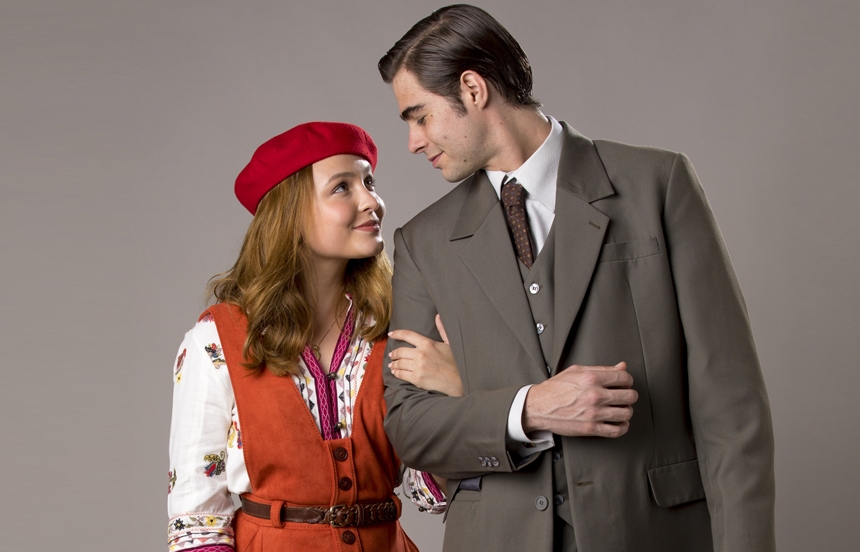 Globo, the largest Brazilian producer of audiovisual content in Latin America presents “A Trick of Fate” to the international market, a romantic telenovela approaching true love as the feeling that drives the actions between the lead couple, Isadora and Davi. The telenovela will be a highlight of an exclusive Globo showcase at Natpe V-Fronts, in the ‘Telenovelas by Globo: Brand New Releases Showcase’, held on March 30th.

Written by Alessandra Poggi, and with artistic direction by Luiz Henrique Rios (responsible for hits such as “Total Dreamer” and “A Life Worth Living”), the romantic plot tells the impossible love story of young magician Davi (Rafael Vitti) and fashion designer Isadora (Larissa Manoela), who, after a tragic beginning, will face everything and everyone together, so they will stay together and give a new meaning to their trajectories. “My hope is the telenovela will thrill and make people sigh in love and fall in love hand-in-hand with the characters. The goal is bringing joy, hope and remind that life is also about that”, highlights the writer, Alessandra Poggi.

The couple’s story begins after they cross eyes and mutual enchantment while Davi performs his magic tricks at young Elisa’s 19th birthday ball. The passion between both arouses the ire of Matias Tapajós (Antonio Calloni), a respected judge who does not accept the relationship for feeling the magician is beneath his daughter. Despite the obstacles, they both resist and decide to live out this love, with the help of Isadora, Estela’s sister. But the romance ends in tragedy when Elisa is accidentally murdered and Davi ends up being unfairly held responsible for the crime. Years later, the paths of Davi and Isadora, who will also be played by Larissa Manoela, cross and they will both have new obstacles to face. This is a different type of redemption story, with a great message: Davi is a character seeking justice and redemption through love, and not through vengeance”, points out the artistic director Luiz Henrique Rios.

The telenovela marks the debut of actress Larissa Manoela as a lead character in a Globo production, after having been successful in children’s telenovelas and teenage series, with the added challenge of playing two female characters with very different profiles, in times of turmoil in Brazil, in the 1930s and 1940s. "The story is beautiful; the characters are very special. These are girls living ahead of their times, despite the fact they are living in the 1930s and 1940s. They have a lot of personalities, they are strong girls, who know what they want and who don’t give up on their goals. Isadora is more grounded and Elisa is more of a dreamer, more of a free soul, much more romantic, and I’m sure the public will like both these girls very much. I am already in love with them”, celebrates the actress.