The team is now preparing for the Quebec broadcast, set to launch in 2023 on Club Illico, and will the series on the international stage, starting with MIPCOM in Cannes. 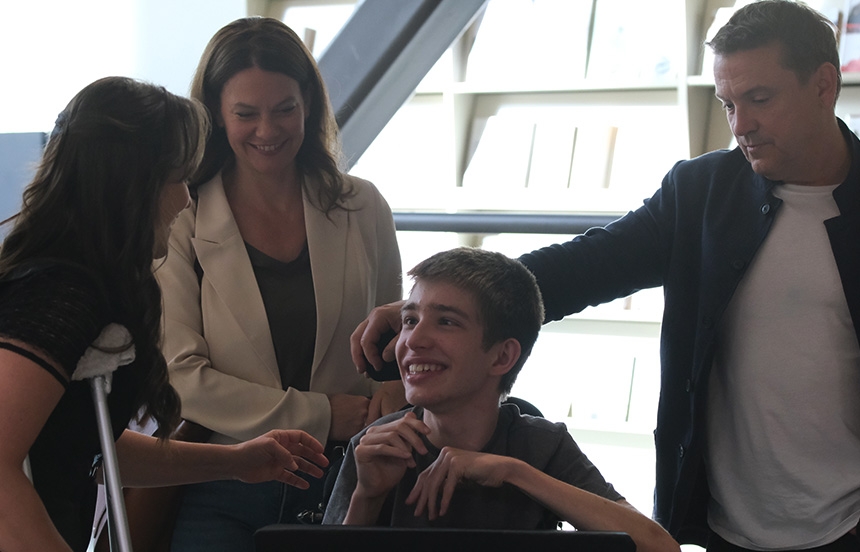 Produced by ComediHa!, in collaboration with Quebecor Content, the series "About Anthony" has wrapped its 34-day shoot in Quebec City. The team is now preparing for the Quebec broadcast, set to launch in 2023 on Club Illico and will launch the series on the international stage, starting with MIPCOM in Cannes. French film studio Gaumont has already acquired the show format for adaptation and discussions are also underway with companies in the UK, US, Brazil and Germany.

This original series featuring 10 30-minute episodes brings together internationally renowned director Podz ("Lupin") and celebrated actor Claude Legault. Cathleen Rouleau wrote the fictional series, which is inspired by her own life, while Benoit Pelletier is the script editor.

“I wrote the script with Antoine in mind,” shares Cathleen Rouleau, writer and Antoine Parent-Bédard’s stepmother. “Because of his condition, we couldn’t ask him to act out certain gestures or emotions. Antoine simply had to exist to make this character shine. I wanted people to meet him and get to know this fundamentally unique human being who pushes us all to be better people. Every day, he wowed us by opening up to the camera like it was totally natural for him.”

"About Anthony" tells the story of Julie (Cathleen Rouleau), who starts a new life with Mark (Claude Legault) only to find herself embroiled in a very unusual family. She becomes the stepmother to two children, including Anthony (Antoine Parent-Bédard), who has multiple disabilities (he is physically disabled, autistic, non-verbal and is a high-functioning epileptic).