Inspired in the Jane Austen’s book, the telenovela tells the story of a romance between two characters with different personalities and from two different worlds in the early 20th century. 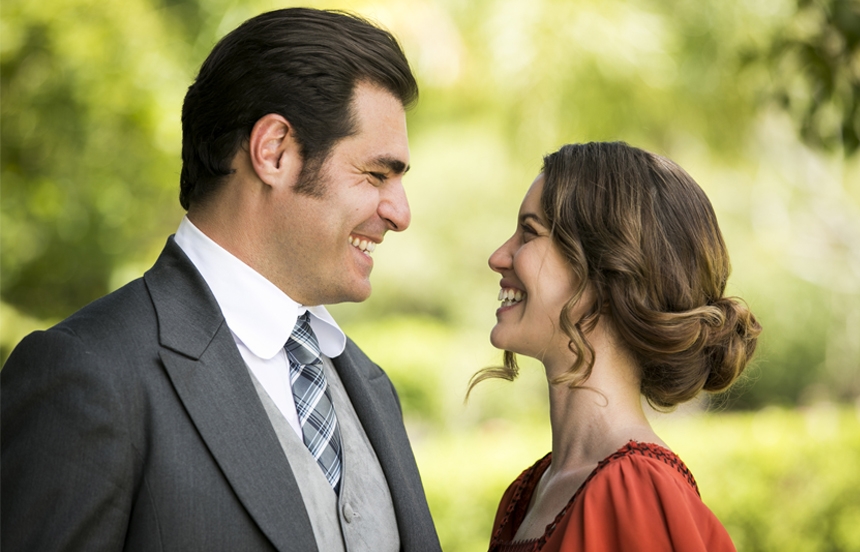 A hit produced by Globo, the telenovela “Pride and Passion”, freely inspired in the universe of British writer Jane Austen, has just arrived in Romania. The production that premiered January 17 will run Mondays through Fridays at 4 PM, on the TVR 2 channel.

Written by Marcos Bernstein and Victor Atherino, with the collaboration of Juliana Perez and Giovana Moraes, with art direction of Fred Mayrink, the romantic and comedy-sprinkled story shows the conflicts of Elisabeta (Nathalia Dill, “Sweet Diva”), a simple young woman decided to conquer the world in a society where marriage is seen as the only possible future for a girl from a good family, going completely against what the family wishes for her. However, everything changes when she meets Darcy (Thiago Lacerda “The Life We Lead”), a wealthy man with an admirable character and with a social position totally opposite from hers.

The story, which was the audience leader in access primetime in Brazil and has already been licensed to countries such as Chile, Costa Rica and El Salvador, approaches issues pertaining to customs of the time, such as the value of marriage in society, feminism and financial crisis. “The telenovela has thrill, drama and comedy, always with a romantic background wrapping the entire plot”, comments the writer, Marcos Bernstein. “Despite being a period drama, "Pride and Passion" presents a dynamic text, very light and fresh”, defines director Fred Mayrink.