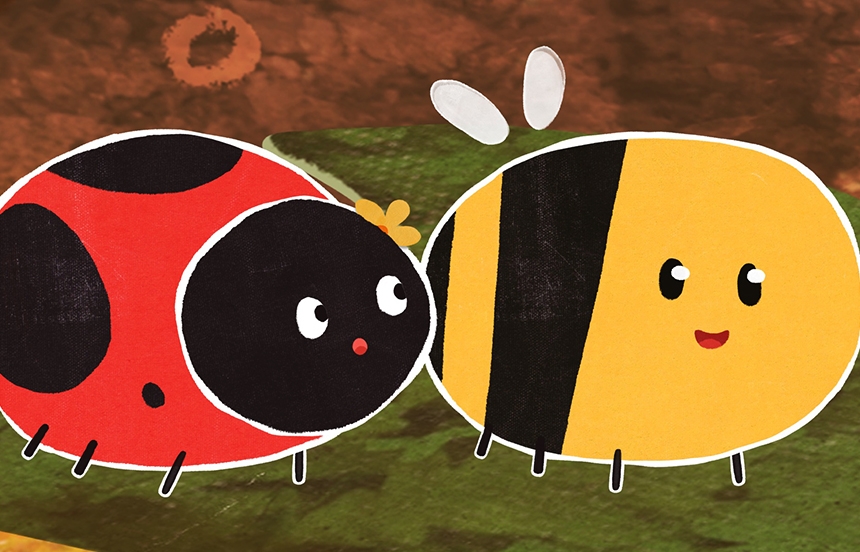 Jetpack Distribution has acquired the worldwide rights for three brand new pre-school animated shows from Paper Owl Films: "Ladybird & Bee", which launched in Ireland earlier this year, and two in-development shows, "Mr Dog" and "Florida". Jetpack’s CEO, Dominic Gardiner, says: “These shows from Paper Owl Films make delightful, quirky and unique additions to our preschool catalogue. They are gently introducing young children to concepts such as teamwork, helping others, using creativity, exploring the world around you and looking at everyday objects in new ways. All are set in locations that preschoolers will find fascinating and intriguing. Something that we love to encourage in young audiences.”

"Ladybird & Bee" comprises 26x2-minute episodes with series two in development (26x2 minutes) and has been commissioned by Irish public service broadcaster RTÉjr and funded by Northern Ireland’s Irish Language Broadcast and Screen Fund. It launched on RTÉjr in Irish in March 2021 and will be launched in English on 4th October 2021. The show tells charming stories of the natural world, as seen from the perspective of two tiny best friends ‘Ladybird’ and ‘Bee’.

"Mr Dog" will comprise 52x11-minute episodes and is due to go into production late 2023. It centres around a wonder-dog, under-dog ‘Mr Dog’ and is based on the best-selling books by Ben Fogle. Mr Dog is determined to make the world a better place for humans and the animal kingdom.

"Florida" will have 52x11-minute episodes and goes into production late 2023. The series centres around a girl called ‘Florida’ who has come to live with Aunt G in her GEM (Gadgets of Everyday Marvel) shop. "Florida" embraces creativity and change for the next generation of young engineers.

Paper Owl Films’ Creative Director, Gráinne Mc Guinness, says: “We’re honoured that Jetpack is distributing these shows that are very close to our hearts. Paper Owl Films is committed to delivering memorable content that has a positive impact on young preschoolers – whether that’s as simple as a giggle or helping them learn valuable lessons through fun and funny content. This ranges from the beauty of natural biodiversity balance with best ‘beasties’ 'Ladybird and Bee', madcap animal rescues with 'Mr Dog', or being inspired by Florida’s confidence and commitment to a better world for everyone she meets.”