The brand-new teen live action series will be screened in HOT’s children’s channel Zoom and Germany’s KiKA in 2023. 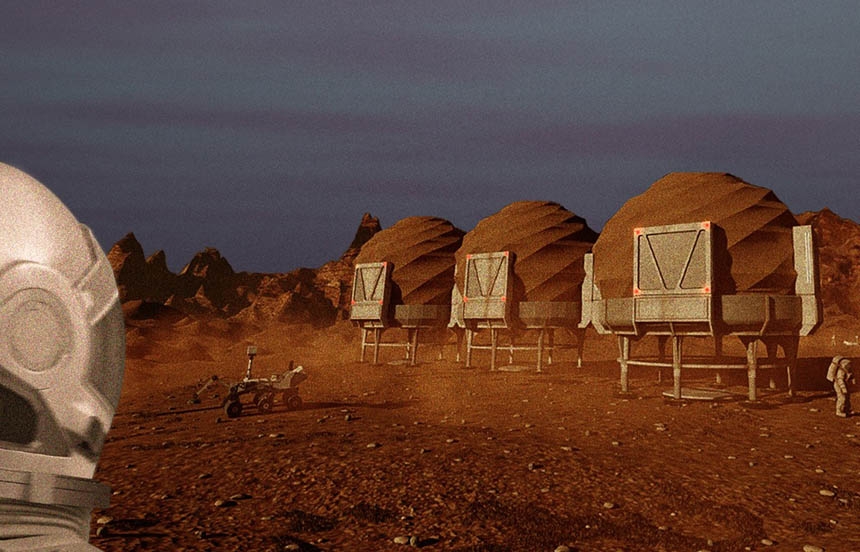 The series, which was picked up before production started, tells the story of eight teenagers, who fly to Mars for a critical mission in preparation for settlement on the Red Planet. Upon arrival, they discover that they have landed in the wrong place, and are cut from communication with Earth, with only a few hours before the electricity in their space suits runs out and everyone dies.

Dominic Gardiner, Jetpack Distribution, says: “This ground-breaking series strongly appeals to both teens and space enthusiasts. We know space missions are of interest to kids globally right now, and the production teams have created something to build intrigue around – and cultivate – that interest. The global space industry is in a race to get to Mars, but our viewers will get there before everyone else! Due to the spectacular filming location at the Ramon Crater, the series will accurately reflect life on Mars.”

The series created by Sivan Shiknaji ("Kadabra", "Habar"), Haim Avihail ("Rule of Shadows", "Dreamers"), Miki Yosef ("Our Curator"), and Shuli Sheindel and directed by Rani Saar, takes place in 2045. Lead protagonist 16-year-old Emma is a space geek, whose older sister was killed in a failed mission a few years earlier. Emma manages to infiltrate the expedition under a false identity, where she connects with the space minister's sophisticated daughter. Together they lead the rest of the crew to reveal a particularly dark secret about the previous expedition's failure.

Nadav Hanin, VP of Content and Innovation, HOT says: "HOT proves once again that excellent content has no boundaries and takes another significant step to give Israeli content the global attention it deserves. We are proud that another original HOT drama is connected to international partners before broadcast in Israel."

"DreaMars" is filmed in the advanced research facility known as the “Habitat”, established by the Israeli Space Agency in the Ramon Crater area (Makhtesh Ramon), the first space simulation centre in Israel, which replicates settlements on Mars.

Gil Saban, owner of ZOOM channel, says: "We are excited to bring to the screen one of the topics that most interests Israeli children, the space world. We are pleased that NDR, HR, SWR and RBB entered the project as co-producers and look forward to seeing the series broadcast on many other platforms around the world.”

We know space missions are of interest to kids globally right now, and the production teams have created something to build intrigue around – and cultivate – that interest.” Dominic Gardiner Jetpack Distribution's CEO