Three series of "Sissi the Young Empress" and debut series of "Invention Story" has been sold to Vme for distribution on Primo TV. 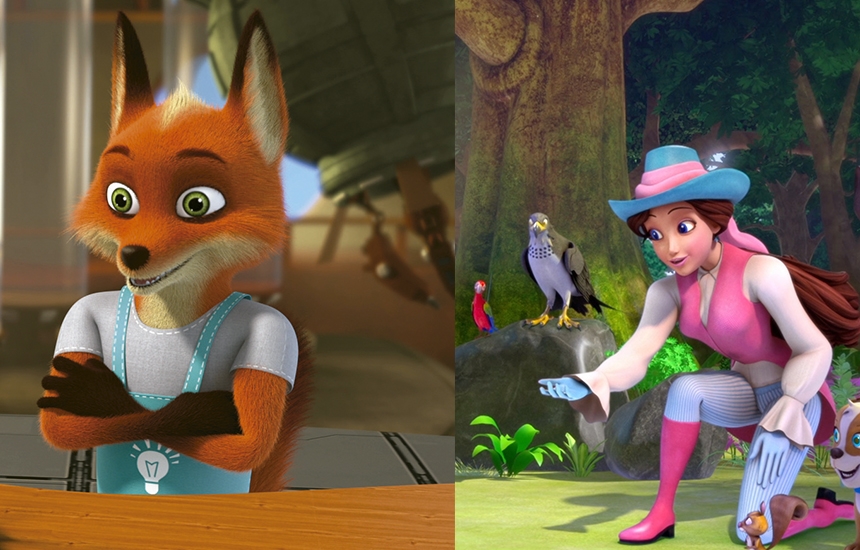 Mondo TV Iberoamerica has announced the very first sales in the US market of all three series of "Sissi the Young Empress" and the first series of "Invention Story" to US Hispanic pay TV leader Vme Media for distribution on Primo TV. Both animated series will be available for a two and-a-half-year period starting on 2020 and the territories covered will include the United States, Puerto Rico and all US territories and possessions.

Maria Bonaria Fois, CEO of Mondo TV Iberoamerica, says: “The sale of 'Sissi', one of our most popular animated shows, and 'Invention Story', a brand-new series that is enjoying a very strong response, to Vme is a major breakthrough for Mondo TV in one of the world’s most important markets. Vme is recognised as a leading player in the Hispanic pay-TV market with a strong reach. We are thrilled to be able to announce this news and certain that both series will be enormously popular with Vme’s vast audience.”

The star of "Sissi the Young Empress" is based on a real historical figure – a charming young empress who captured the public imagination well beyond her Austrian homeland. This animated version of her story offers its audience lots of adventure, romance, mystery, intrigue and even magic when Sissi discovers a magic bracelet, which leads to exciting and unusual adventures as she seeks to help her many animal friends.

The first two series of "Sissi the Young Empress" have been a big success with its target audience of young girls, and an established rating hit in over 40 countries. The third season launched this year with a brand new 3D 26x11’ format and new content, bringing more magic and adventure.

Kit, an intelligent, thoughtful, footloose and creative fox is the star of "Invention Story". In each episode of this 3D CGI comedy he comes up with an amazing new invention that impresses most of the rabbit residents of his adopted home Carrot Town – but inspires jealousy in a few. There are conflicts and rivalries, as well as funny situations and engaging characters — but above all "Invention Story" encourages its young audience to have a creative approach to problems as they find out more about science and how it works.

This major pay-TV deal for the Americas will bring "Invention Story" to the US markets for the first time. The title is also about to debut on free-to-air TV starting from April 2020 on Frisbee in Italy, Karusel in Russia and TV2 Kiwi in Hungary.