Viaplay’s international operations added 685,000 subscribers in Q2, or more than double the number in the previous quarter. That means a 78% growth to 6.4m Viaplay subscribers. 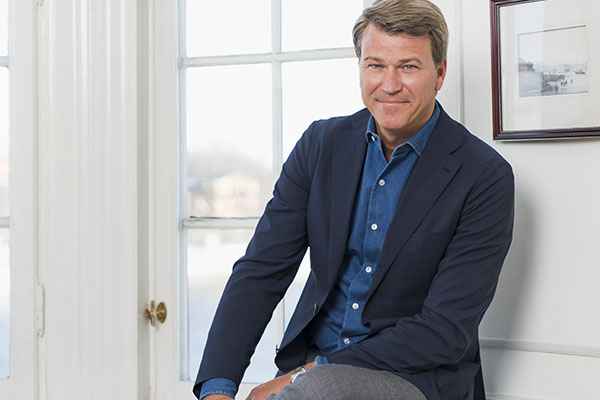 Viaplay’s international operations added 685,000 subscribers in Q2, or more than double the number in the previous quarter. That means a 78% growth to 6.4m Viaplay subscribers. The company had a 25% organic sales growth with reported sales of SEK 3,972m (3,054) and an operating income before associated company income (ACI) and items affecting comparability (IAC) of SEK -171m (80), including SEK -419m (-200) impact of Viaplay International expansion.

"We have delivered another quarter of high subscriber and revenue growth, which demonstrates the attraction and resilience of our well-differentiated offerings. Our content line-up has never been stronger, and we added key new original and sports content during the quarter. The international operations are performing ahead of plan, and we reached the important milestone of more than 1 million subscribers in both the Dutch and Polish markets. However, this international performance was offset by the rate of direct-to-consumer subscription and ARPU growth in the Nordics, which was lower than anticipated," Anders Jensen, President & CEO at Viaplay, stated.

The international Viaplay operations added 685k subscribers in the quarter, which was more than double the number of subscribers added in the previous quarter. The addition of the English Premier League rights in Poland and the Netherlands contributed to the growth and the new distribution agreement in Poland. Revenues grew accordingly and also reflected the higher price point in the Netherlands. Linear subscription and other revenues (32% of sales) were up 9% YoY on an organic basis. The growth in linear channel subscription sales followed the upward price adjustments to reflect the addition of new content, as well as the extension of almost all distribution agreements in Norway to include the English Premier League football coverage. Advertising revenues (21% of sales) were down 3% YoY on an organic basis and reflected the weaker development in the linear TV advertising market conditions, which was offset to an extent by the continued growth in the radio advertising markets.

"Now that we have completed the acquisition of Premier Sports in the UK, we are raising our year-end international subscriber target from approximately 2.5m to approximately 2.7m. Viaplay will be launched in the UK on 1 November. At the same time, we are reducing our year-end Nordic target from 4.8m to 4.6m. Our group target is, therefore, unchanged at 7.3m. As a result of the immediate effects of the general economic slowdown on advertising and subscription sales, the lower-than-anticipated premium subscription sales in Norway, and the strategic decision to discontinue an unfavorable distribution agreement, we are reducing our full-year Nordic organic revenue growth target to approximately 10%. Conversely, international sales are expected to exceed our previous expectations, and we now expect full-year total Group organic revenue growth of approximately 20%," Jensen added.

"The Q3 profitability level in the Nordics reflected our content investments, including the new and extended sports rights that will drive subscriber and revenue growth. The lower-than-anticipated Q4 sales growth in the Nordics cannot be fully offset by corrective measures and cost savings in the short term, so we now expect a full-year margin for the Nordic operations of approximately 7%. The international losses were at their peak level in Q3 as we added new content. We maintain our full-year outlook for international losses, which was improved last quarter and will provide a better starting point for 2023," Jensen said.

These adjustments to our short-term targets, and the addition of Premier Sports, also affect our long-term targets, as does the significant forward currency headwind due to the strength of the US dollar. Viaplay's international operations are now expected to be profitable on an annual basis in 2024 – one year ahead of schedule. This is due to a combination of higher sales growth than originally projected and the prioritization of investments in Poland, the Netherlands, and the UK. Nordic operations are now expected to grow their revenues at a slower rate moving forward. "We will embark on a substantial cost-saving program in 2023 to deliver these targets by offsetting some of the operating and currency headwinds we face. We expect to deliver a full-year 2025 Group EBIT margin of approximately 13%, with margins to then increase over time. It is clear that international expansion is spreading and reducing our risk as a group. Please see the updated guidance on page 7 of this report, and we will provide further updates and details at our Capital Markets Day on 9 November. We remain fully funded for our expansion and have full visibility over our forward content costs. The broader macroeconomic outlook and geopolitical backdrop are, of course, less certain. This is why we have adjusted our growth outlook and already made plans to adjust our cost base and exposure, where relevant and as we have done in the past. We are also taking steps to accelerate our growth where momentum is strong," Jensen concluded.