The telenovela, which is one of Globo's bets for MIPCancun, is currently on the air in Portugal, where it has established itself as the audience leader on pay TV in the country. In addition, it continues to win the hearts of Uruguayans by being exhibited on the Teledoce channel. 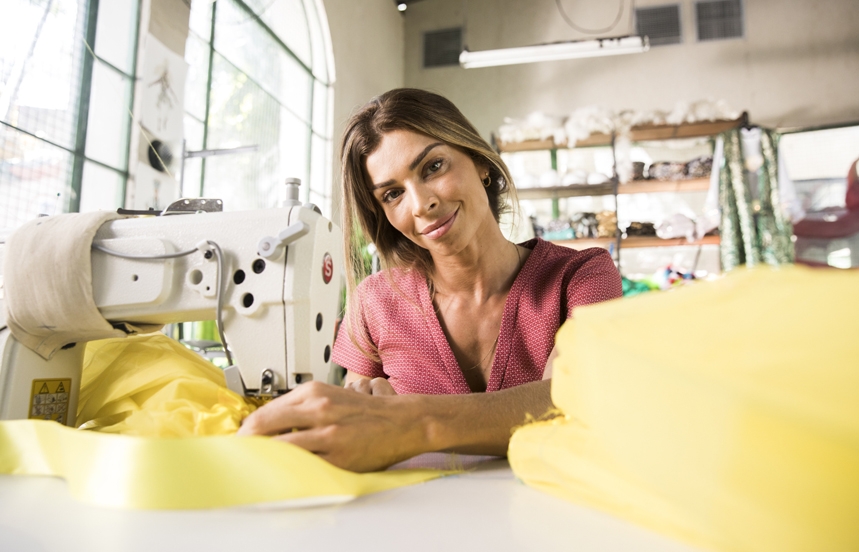 Globo is once again among the finalists at the Rose D´or Awards. This year, ‘A Life Worth Living’, written by Rosane Svartman and Paulo Halm, with general direction by Marcus Figueiredo and artistic direction by Luiz Henrique Rios competes for the Telenovelas category. One of the most important entertainment awards, Rose D’Or is in its 59th edition and has already paid tribute to various TV icons in its history.

In this edition, the award received 766 entries in its 12 categories. The finalists were chosen by 80 judges from the television industry. The award ceremony of this atypical year takes place virtually and will be held by British comedian Nish Kumar, on December 9, and can be followed on the website www.rosedor.com.

Among countless, classic and modern, literary references, ‘A Life Worth Living’ presented the public with a story about perseverance, dream, faith and determination, and brought up the importance of valuing every minute of life. Its four protagonists, Paloma (Grazi Massafera), Ramon (David Júnior), Alberto (Antônio Fagundes) and Marcos (Romulo Estrela) had their destinies intertwined after Paloma mistakenly received the result of an examination by Alberto, which announced a terminal illness.

Paloma was a solar woman, full of life and disposition, raising her children – Alice (Bruna Inocêncio), Gabriela (Giovanna Coimbra) and Peter (João Bravo) – alone, without being overwhelmed by the difficulties of everyday life. Alice was the daughter of Paloma’s great love, Ramon (David Junior), who moved to the United States almost 20 years ago from the dream of becoming a professional basketball player. Gabriela and Peter were children of another Paloma relationship. Alberto, in turn, was the owner of the book publisher Prado Monteiro. Father of Nana (Fabiula Nascimento) and Marcos (Romulo Estrela), he was a rich, authoritarian and grumpy man. A perfectionist, Nana managed the publisher, while her brother was a bon vivant, and did not seem to care about his father’s business.

It did not take long for the confusion over the exams to really clear up, but from the moment Paloma received the news that death was near until she knew it wasn’t hers, she saw her life change completely. The feeling that her days were counting down awakened the urge to live without thinking about tomorrow, something that before would only have been possible in her imagination. Among the “crazy things” that she did in that short period, she has lived a nightstand with an unknown man: Marcos, Alberto’s son. And with the discovery that the exam has been changed, Paloma’s story has a new twist. She decides to go after the person who has the terminal illness and ends up meeting Alberto. A friendship capable of opening horizons and giving a new meaning to the life of both begins to be built between them. Paloma makes Alberto rediscover the pleasure of life in the time he has left. Alberto presents Paloma with his world, full of stories and new experiences.

In 2019, ‘A Life Worth Living’ enchanted Brazil by highlighting the theme of literature, inserting this artistic and cultural manifestation so important in details of the daily lives of several Brazilians, which earned it an honor to merit in recognition of the encouragement of reading during the award IPL - Retratos da Leitura, organized by Instituto Pró-Livro, which acknowledges projects to encourage reading nationwide. Throughout such work, several excerpts from more than 50 classics were cited in their various nuclei.

The telenovela is one of Globo’s bets for MIPCancun 2020, which takes place next week. Currently, ‘A Life Worth Living’ is on the air in Portugal and continues as a leading audience program on Pay TV in the country. In addition, it continues to win the hearts of Uruguayans by being shown on the Teledoce channel.