As part of an exclusive showcase, the classic family drama will be presented for the first time to the international market within the virtual event platform. 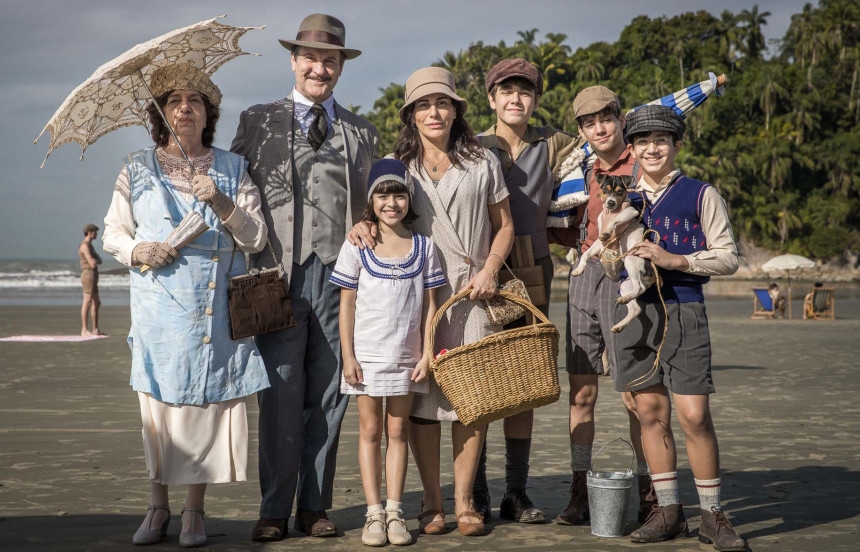 The showcase brings details of this classic family drama in 50 episodes, concerning the saga of the Lemos family from a matriarch who struggles to maintain unity and harmony among her children and husband, despite all obstacles of life.

The ‘Once We Were Six – Exclusive Launch Showcase” will have the participation of Angela Chavez, author of the telenovela; Ana Brancato, Research and Knowledge Specialist; and Marina Melo, Globo’s Sales Manager, and will show the attributes and themes of this soul-stirring story, which was a rating leader in its slot in Brazil.

The work is written by Angela Chavez, based on the original telenovela written by Silvio de Abreu and Rubens Ewald Filho and inspired on the best-seller Brazilian literature book of Maria Jose Dupré, a classic that has already been adapted several times in the course of the years. Under the overall and artistic direction of Carlos Araujo, the production is divided into three phases: decade of the 1920’s, 1930’s and finally, 1940’s and shows the story of the Lemos family, whose matriarch Lola is an obstinate mother and who is willing at all costs for her family members to be kept united amidst social and economic difficulties at the beginning of the 20th century.

“The plot revolves around the effort of this woman and her family, who lives with few resources, but surrounded by fondness and affection,” Angela Chaves, author, says. Carlos Araujo, artistic director, emphasizes what the public must expect from this version. “In addition to a more contemporary dramaturgy, we have more complex characters, which we examine carefully. Lola, although she is still a character of the 1920’s, is a little ahead of her time, with more current thoughts.”

The protagonist matriarch (Gloria Pires) is married to Julio Lemos (Antonio Calloni), and together they have four children: Carlos (Xande Valois / Danilo Mesquita), the eldest and most responsible, educated, kind, and good student, is an immense source of pride for the parents; Alfredo (Pedro Sol / Nicolas Prattes), who is the opposite of Carlos, is not doing well in school, he is the trouble hub at home and with the neighbors, and is in outrage because of the brother’s perfection, whom he lives with and at endless war; Isabel (Maju Lima / Giullia Buscacio), determined and independent, for being the only daughter is the most spoiled and the father’s pride and joy, who tends to do things at her whims; and Julinho (Davi de Oliveira / Andre Luiz Frambach), the youngest, affectionate with everyone, mainly with the mother, and since childhood, he shows a talent in handling finances.