Ukraine took part in the official opening of the market that had a Ukrainian National Stand, and also executives from the country participated in the panel discussion Stand With Ukrainian Media Industry. 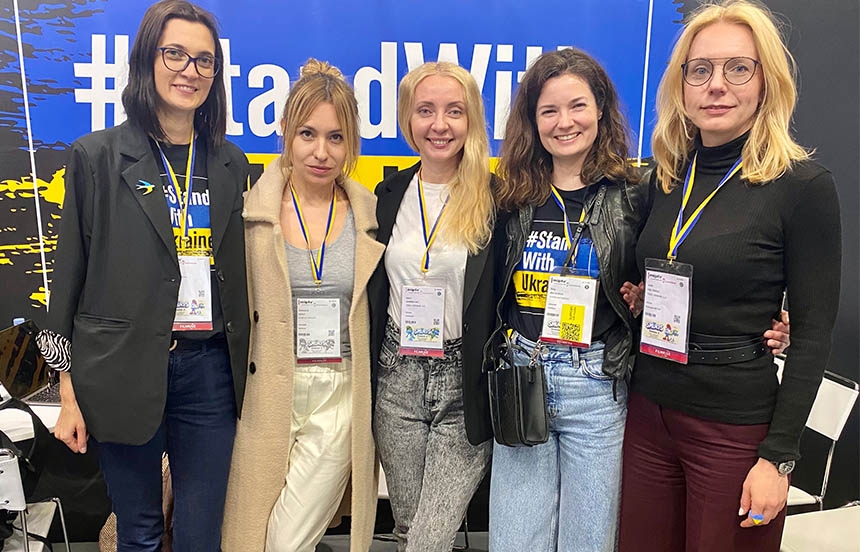 MIPTV 2022 has welcomed a comprehensive presence of the Ukrainian content industry aiming to support its sustainability and development during these critical times for the country. The Ukrainian National Stand was organized by leading Ukrainian media companies and creative powerhouses – Starlight Media, 1+1 media, Ukraine TV Channels, and FILM.UA Group, facilitated by RX, the MIP Markets organizers.

Within the MIPTV conference program, top execs of the industry presented the most important statements and programming highlights during the panel discussion Stand With Ukrainian Media Industry. Victoria Yarmoshchuk, Iryna Chernyak, Director of Content Acquisition and Monetization department, Ukraine TV Channels, Kateryna Shevelyuk, Head of the fiction production department, STB, Inna Filipova, Head of Sales at 1+1 media featured the panel moderated by Tim Crescenti, President of Small World International. Find out the highlights of the talk in the Variety review.

During three days at the Ukrainian National Stand, fifteen ladies representatives of Ukraine’s leading media companies were working hard to prove the intentions of the whole country's campaign at MIPTV.

Along with business activity at Ukrainian National Stand, one could support the industry with direct donations aiming to support the unbelievable work of the 24/7 UA news marathon launched to provide reliable info about the war in Ukraine. More info about it can be found here: https://support-unitednews.org.ua/en