Demand for content of the ViacomCBS’ streaming service (9%) is in a close race with HBO Max (10%) and Peacock (8%), according to new data from Parrot Analytics. 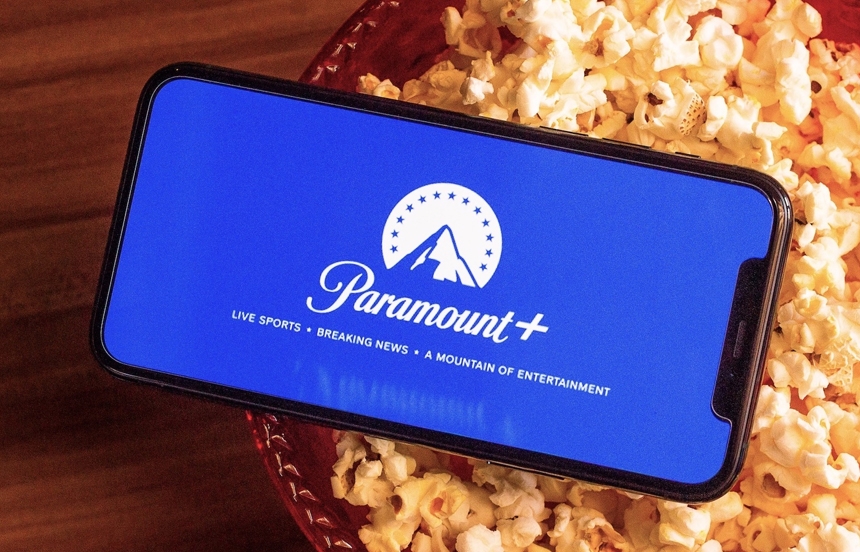 Demand for Paramount+ content (9%) is in a close race with HBO Max (10%) and Peacock (8%), according to new data from Parrot Analytics. On the other hand, rebranding to Paramount+ has not yet changed CBS All Access’ standing as a medium-sized player in the United States SVOD market.

According to Parrot Analytics’ data, CBS’s library of content and the high-demand “Star Trek” digital original series inherited from CBS All Access give Paramount+ a reasonable mid-level position in the US SVOD market. In fact, the platform US SVOD demand share of around 9% is fairly stable month-by-month. The rebrand to Paramount+ in March 2021 did grant a modest boost in demand to the platform, but the relative growth in other SVOD services at the same time meant this held the demand share steady rather than leading to an increase in absolute terms. 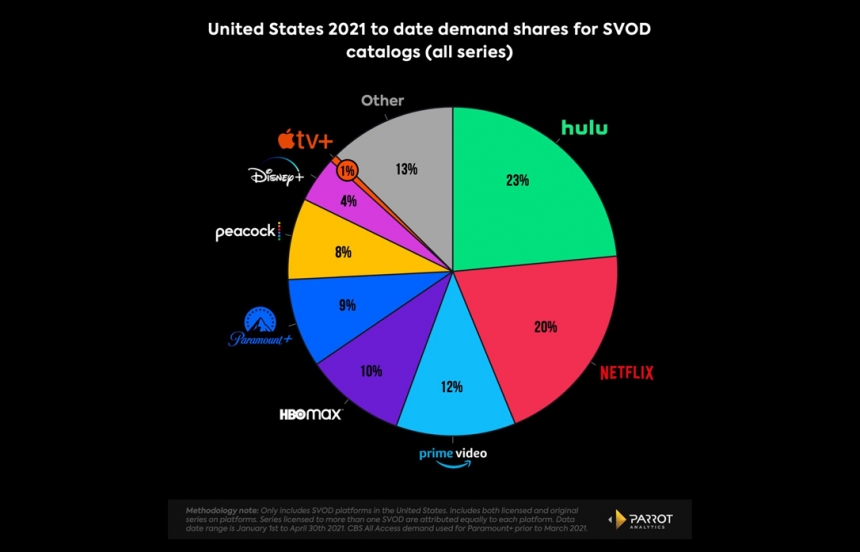 Over 2021 to date, the full Netflix catalog of original and licensed series accounts for around 20% of US demand for SVOD services. Netflix consistently has the highest demand share for SVOD original series in the United States, typically around 40-50%. However, the ongoing loss of licensed content to competitors reclaiming content for their own services may explain the downward trend for the overall Netflix demand share.

The large amount of highly in-demand library/licensed content available on the Hulu platform leads it to have the largest slice of demand for SVOD services in 2021 so far. Disney’s majority ownership of Hulu, combined with the market’s appetite for the much newer Disney+ service, means the company is the largest entity in the US SVOD market, based on US audience demand. 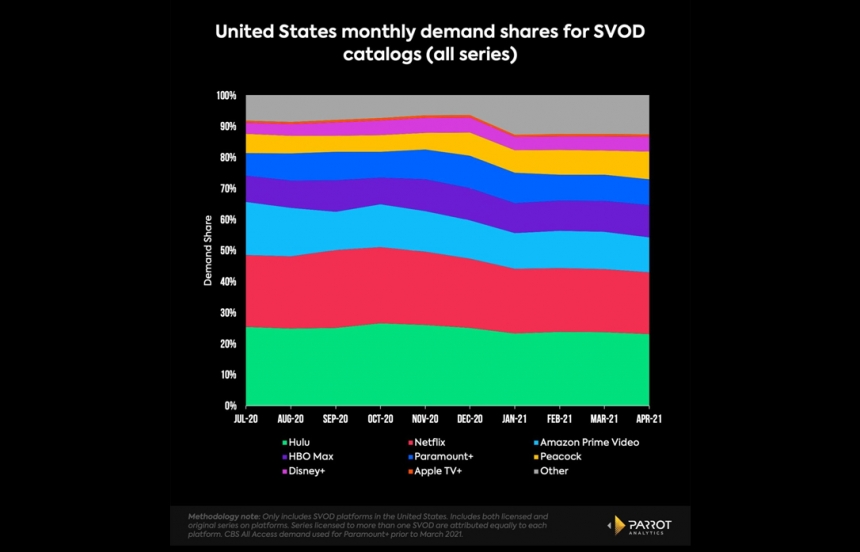 Apple TV+ typically has around 4-5% of the demand share for US digital original series, but their originals-only strategy leads to less than 1% share of demand of the overall US SVOD market. Meanwhile, the HBO Max streaming service seems to occupy the same niche as the HBO cable channel, with a smaller number of highly demanded premium series. This now includes tentpole superhero original series from the DC Universe service, which merged into HBO Max early in 2021. This strategy has secured a comfortable 10% demand share, placing it just ahead of Paramount+ so far this year.

While Paramount+ has not caught up to some of its more established streaming rivals in terms of demand for content available on-platform, the company and its subsidiaries produce an enormous amount of content. In fact, the total demand for content originally available on a ViacomCBS property was second only to Disney as of Q1 2021. 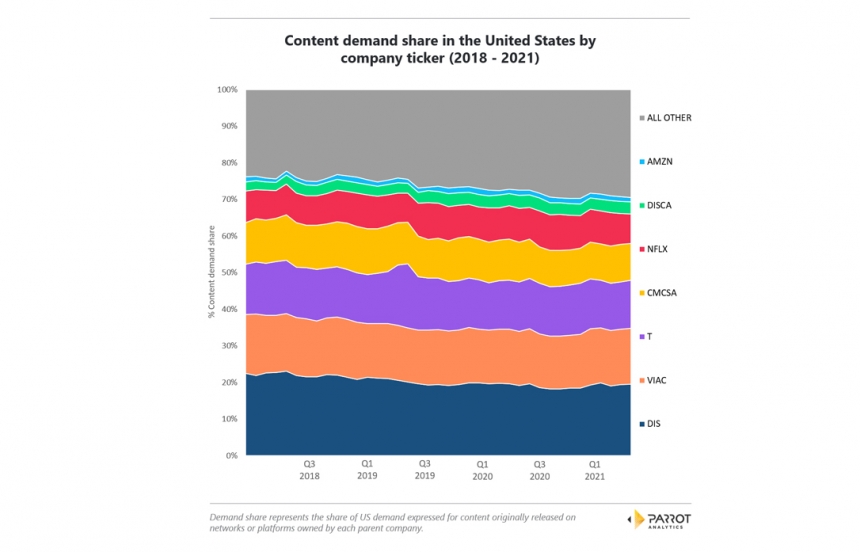 Prior to the merger of Viacom and CBS at the end of 2019, each of those companies ranked behind Netflix in terms of demand share. The marriage of these companies’ programming assets catapulted the new company ahead of AT&T, Comcast, and Netflix in terms of total US series demand. This robust demand bodes well for the future potential of Paramount+ as it begins to capitalize on this deep catalog of content. It should also give pause to other platforms who may have been licensing these shows to attract and retain their own subscribers.