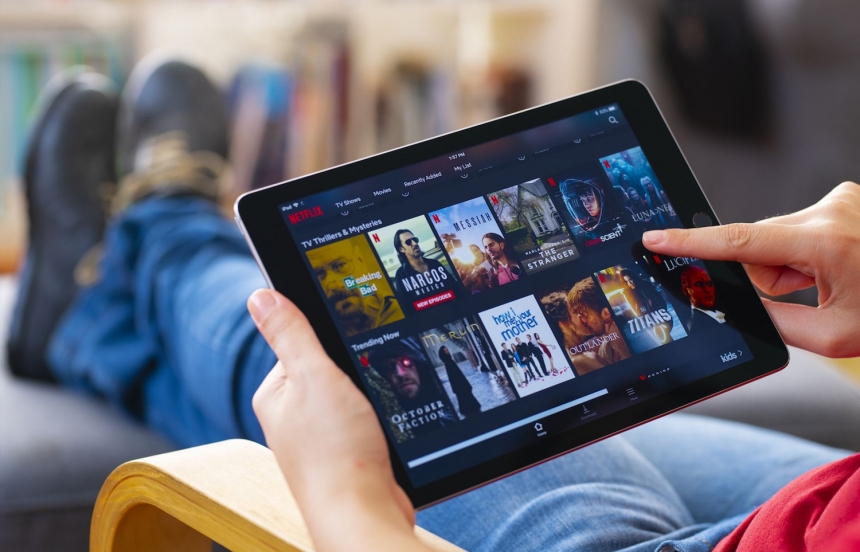 Pay TV continues to lose ground in Latin America, while the OTT segment keeps growing. After a peak of 60 million subscribers that occurred in 2016, pay TV began to experience a sustained decline that was driven largely by subscription video on-demand services, as confirmed by Ampere Analysis during its webinar entitled "The evolution of the OTT market in Latin America".

Taking the main countries of the region - Argentina, Brazil, Chile, Colombia, Ecuador, Mexico, Peru, and Uruguay - as a reference, Ampere discovered that pay TV penetration is decreasing in most of these territories. Of these losses, virtually all occur in satellite, while IPTV is on the rise. 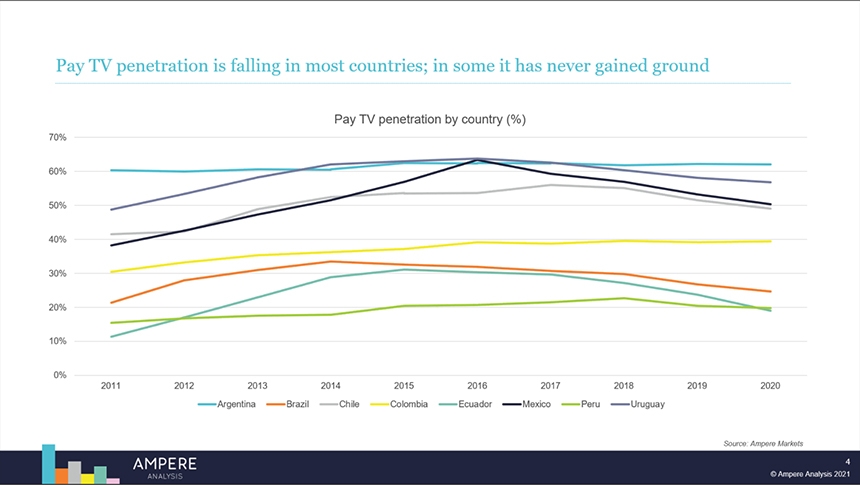 On the other hand, broadband continues to show strong growth symptoms. The most noticeable rise occurred in Ecuador, where it increased by 266% between 2011 and 2020. This is due, in part, to the fact that the major providers in the region tend to bundle other fixed services together with broadband, helping uptake of IPTV.

Currently, Brazil is the only market in the region where SVOD penetration has already overtaken that of pay TV. In contrast, Argentina is presented as the only market in Latin America where pay TV still shows significant growth, given that in most other territories the increases are only reflected in the OTT field. 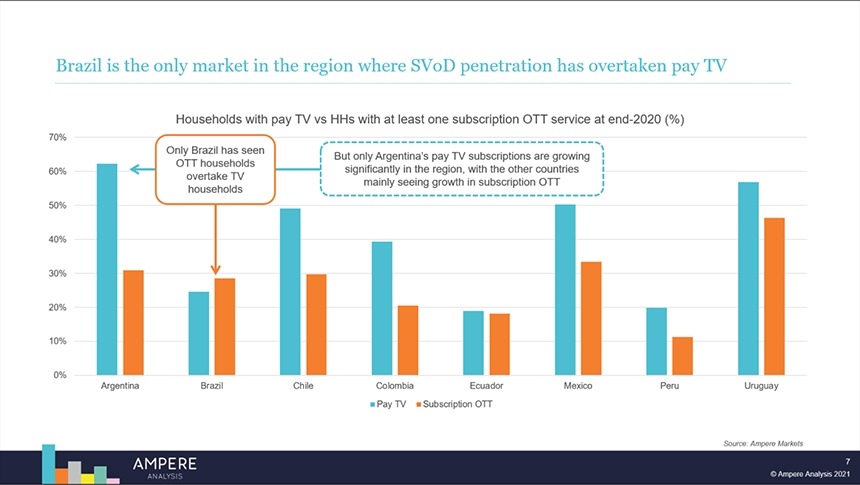 Even so, relatively few households in the region currently have more than one OTT subscription. Outside of the three largest markets - Argentina, Brazil, and Mexico - adoption is hampered by the limited number of SVOD services available. Those households that do have multiple platforms, the so-called “multi-SVOD,”  tend to have higher incomes and at the same time pay for other video services. 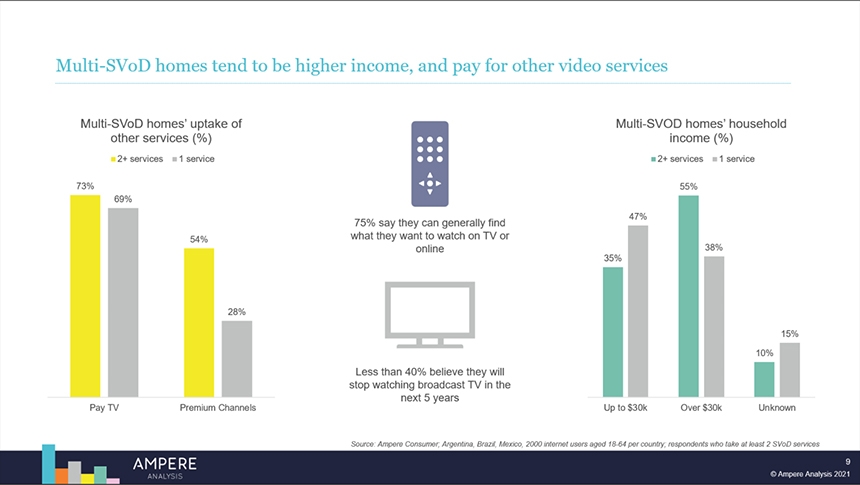 Another highlight of the Ampere Analysis research is that consumers in Latin America are spending more and more time on online video services. During the third quarter of 2020, 88% of respondents admitted watching online video on a daily basis. On the contrary, while VOD viewing is climbing, that of TV channels is falling. Furthermore, users have access to increasing amounts of subscription content. 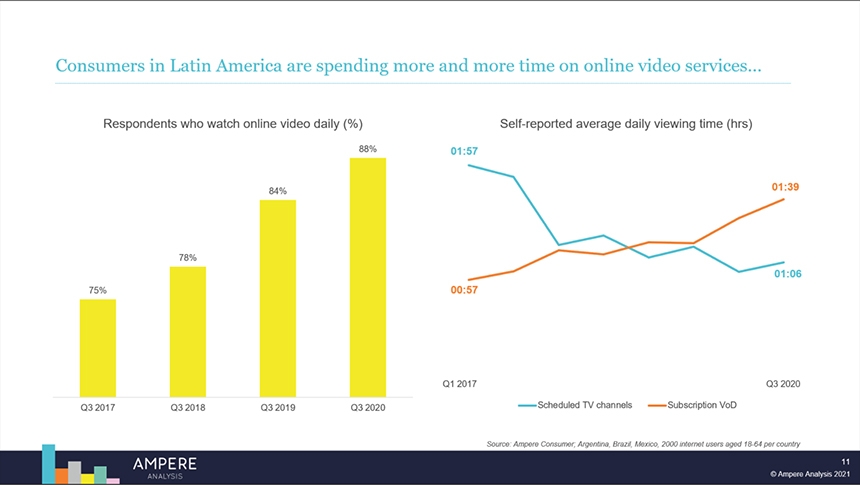 Taking a closer look at each platform, the research found that Disney+, launched in November 2020, is close to catching up with Amazon Prime Video, a much more established player in the region. In fact, according to Ampere’s estimates, it could do so this year, which shows the enormous space that Disney's platform has to grow on the continent. 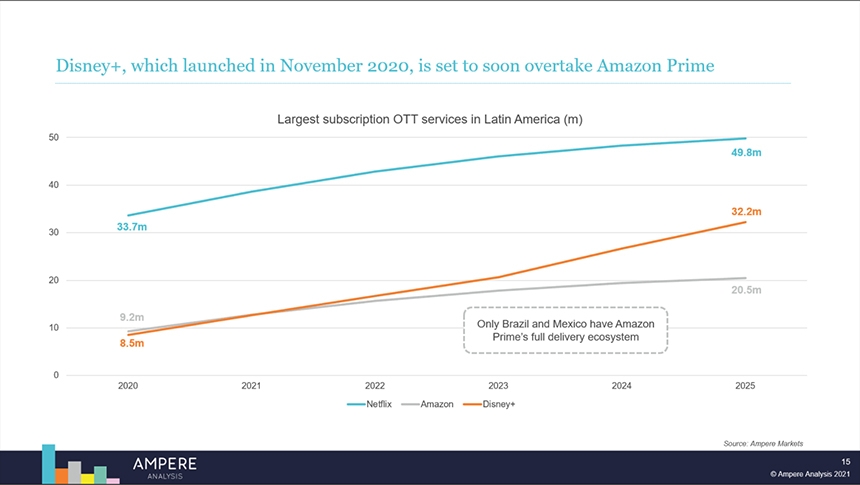 HBO Max, which will launch in Latin America in June, could be another success story, based on the popularity of the brand in the region. Currently, 25% of consumers in Argentina and Mexico are subscribed to HBO channels. Moreover, these people have an average of three OTT subscriptions in their homes and usually show a clear preference for American content. Therefore, the adoption of HBO Max, in those cases, seems almost certain.

To conclude the webinar, the researcher assured that OTT will continue to gain notoriety in Latin America, and that, in fact, it could grow as much as 9-fold in the region. The cheaper the prices of the plans offered by the streamers, the more chances they will have to maximize their subscriber bases. If the trend of shifting from pay TV to OTT continues, Latin Americans will make it clear that they still have place in their homes to continue incorporating SVOD services. 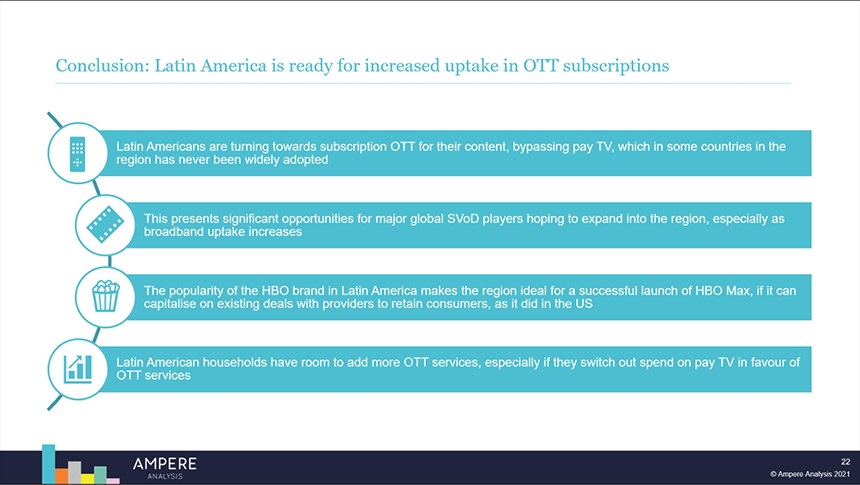 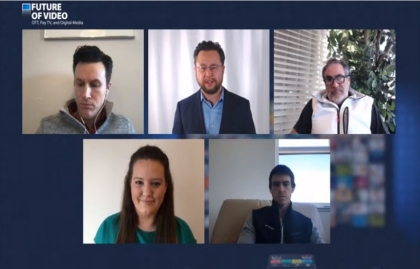 HOW HAS THE VIRTUAL PAY-TV MARKET MAINTAINED AN UPWARD TREND?
Research 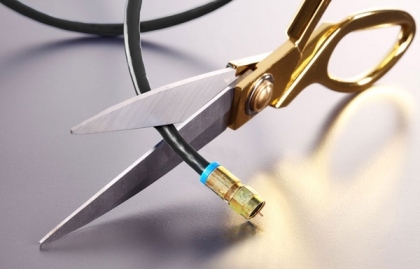 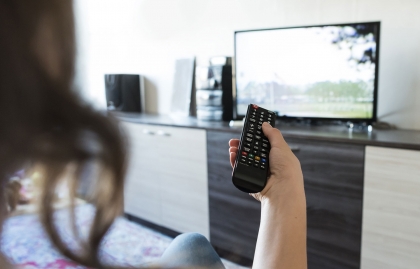 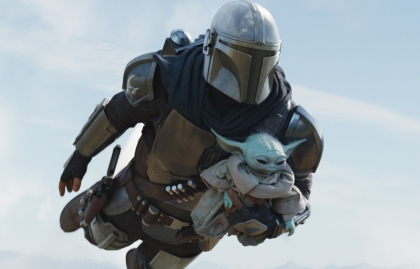 WHICH WERE THE MOST PIRATED TV SHOWS IN 2020?