The volume of Scripted Historical series commissions in North America and Western Europe increased by 33% between the fourth quarter of 2020 and the first one of 2022, Ampere Analysis revealed in its latest report. 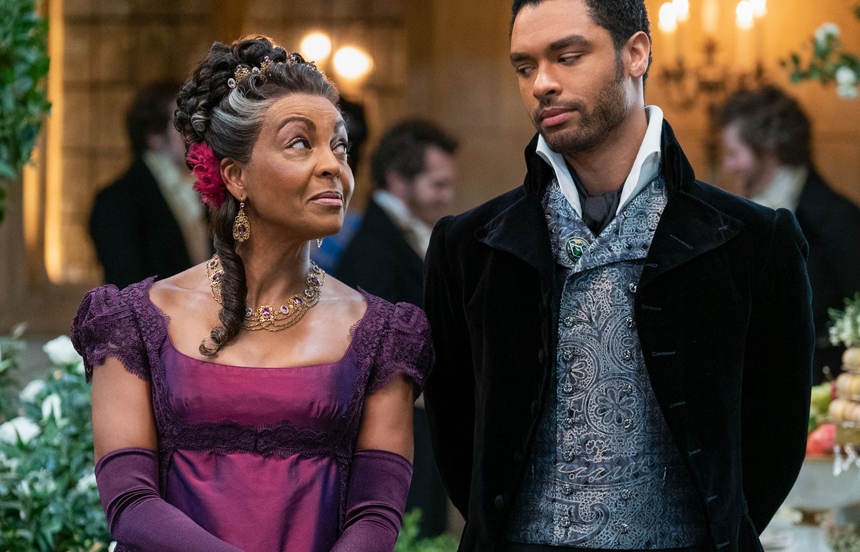 The volume of Scripted Historical series commissions in North America and Western Europe increased by 33% between the fourth quarter of 2020 and the first one of 2022, Ampere Analysis revealed in its latest report. This spike was combined with growth in the genre’s proportion of adaptations, which rose in volume by 33% in the same time frame. These quarters coincided with Netflix’s release of “Bridgerton’s” first and second seasons, respectively, based on the early-2000s novel series of the same name by Julia Quinn.

“Bridgerton’s” global success helped secure further commissions for its future seasons, including a double renewal before the second season had aired. But its success has boosted the prospects for other titles in the genre too: between Q1 2020 and Q2 2021, 6% of Scripted Historical series in North America and Western Europe were renewed. 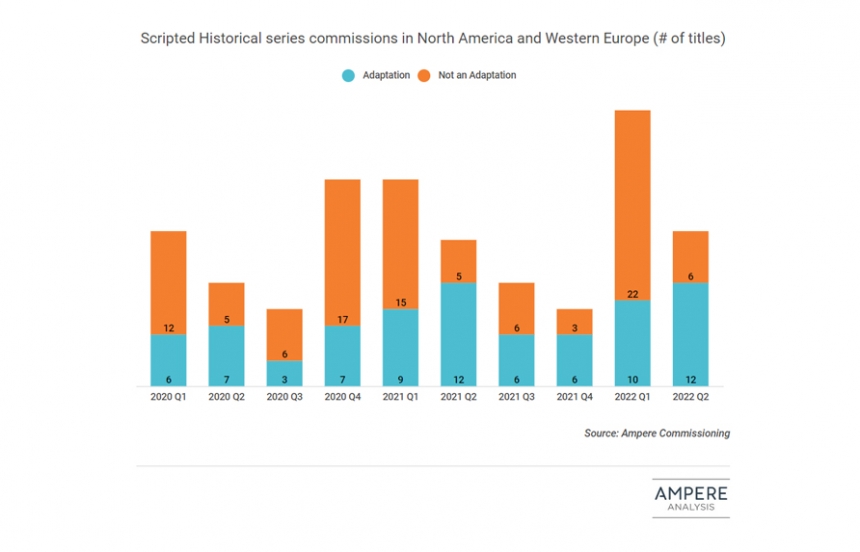 The resurgence of interest in Historical Drama has also prompted the revival of previously cancelled series. ITV’s “Sanditon,” for example, an adaptation of Jane Austen’s unfinished final work, was cancelled in December 2019 after airing its first season, but was then revived for a further two seasons in May 2021. Meanwhile, “The Crown,” Netflix’s biographical drama about “Queen Elizabeth II,” was originally announced with a six-season run, but then renewed for a fifth and final series in early 2020, only to have the sixth series reinstated later that year.

Commissioners are already capitalising on the popularity of existing titles in the genre, with 6% of scripted Historical Drama series commissions in North America and Western Europe between Q1 2021 and Q1 2022 being spin-offs. For example, soon after releasing the first season of "Bridgerton," Netflix announced a prequel following the show’s Queen Charlotte character.

Some of the new spin-off series commissioned, interestingly, are from titles not primarily in the Historical Drama genre, with Starz’ fantasy historical romance series “Outlander” and Paramount’s modern Western drama “Yellowstone” among the titles seeing new spin-off series moving from their respective primary genres into Historical Drama. Starz announced in February 2022 that a Historical Drama prequel series based on “Outlander” is in the works, while “Yellowstone” expanded its universe with a five-year deal with Paramount in February 2021. This expansion includes the commissioning of the subsequently renewed Historical Drama prequel 1883, released in December 2021, as well as announcing additional prequel series 1932.

“Given the popularity of recent Historical Dramas, commissioners are responding by increasing their foothold in the genre, particularly with the growth in adaptations. Furthermore, commissioners are looking to expand their material with spin-offs into the Historical Drama genre when it enriches the existing intellectual property,”  said Hana Smith, Researcher at Ampere Analysis and the author of the report.