The largest content producer in Latin America features telenovelas and series for the country's most varied audiences. 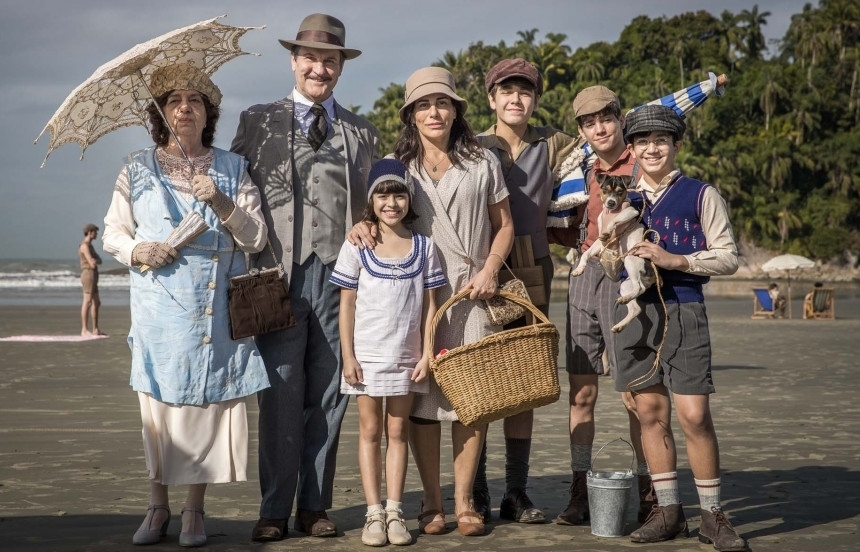 Globo strengthens its diversified catalog of stories for the Spanish market. From classic award-winning telenovelas and new dramaturgical productions that have been conquering the world, to Original Globoplay series, limited series and docuseries with their agile and engaging narratives and relevant topics, the company highlights a catalog of over 12 thousand hours of Spanish-dubbed productions for one of its most strategic and promising markets: Spain.

"Spain is a very important and strategic market for Globo, and for this reason we have strengthened our vast catalog of Spanish-dubbed productions available: compelling stories, capable of touching the heart and generating identification and engagement of the country's audience. Productions that connect to the demands of the Spanish audiences, to offer the best solutions in content and value generation to our local partners", Angela Colla, Head of Globo's International Sales, remarks.

It is focused on the territory where Globo features productions such as the telenovelas 'Once We Were Six', 'A Life Worth Living' and 'Sweet Diva', in addition to series such as 'Under Pressure', 'Aruanas', and 'On Behalf of Love', which had excellent repercussion and ratings in diverse territories around the world.

One of the greatest hits, the telenovela 'A Life Worth Living', was aired by the channel Teledoce, in Uruguay, and has achieved first position in the ratings rank for the time slot with an average audience between 18 and 49 years old. With this, the plot has achieved the position of the third most viewed product in the whole country. The telenovela has traveled the world on channels such as Teletica in Costa Rica, STV in Mozambique, and RTC in Cape Verde. Now in the European continent, in Portugal, the production was leader in its time slot and even one of the most watched shows in Pay TV, increasing by 30% the ratings of the slot in comparison with the previous programming. Also in Uruguay, the telenovela 'Sweet Diva', since its premiere, was the audience leader in the slot on Teledoce (18 -49 years old audience), with an average rating of 18.3 points.

'Sweet Diva' was aired by Univision, in the United States, and placed the TV channel in vice-leadership of Free TV in its final episode, ahead of channels such as CBS and NBC in the 10 PM time slot. The final episode of the production attracted more than 1.7 million viewers and conquered the largest audience in the slot. In Eastern Europe, in TV3, of Latvia, the telenovela achieved relevant results, reaching a 7.3% share - well above the channel's average, which is 4.2%. In addition to TV3, the story of Walcyr Carrasco also has enchanted the public in other countries such as Uruguay (Teledoce), Bolivia (Red Uno), Mexico (Imagen TV), Puerto Rico (Univision) and Israel (Viva). The telenovela 'Sweet Diva' arrived in Argentina recently, through Telefe at 4:15 PM, and was the audience leader in its time slot. The story, which continues to attract new fans wherever it is aired, reached 11.29 points and 58.96% share during the broadcasting of the first episode, and was also the 5th most watched show in Argentina’s Free TV.

Another successful production, the telenovela 'Once We Were Six' is a 50-episode classic family drama, which narrates details of the story about the saga of the Lemos family from a matriarch who struggles to maintain the unity and harmony among her sons and husband, despite all life's obstacles.

Globo also highlights its catalog of Original Globoplay series: The 3 seasons of 'Under Pressure' shows the daily life of physicians who need to face the tough reality of a chaotic environment and overcome adversities to maintain patients alive. And 'Aruanas', an eco-thriller that brings the story of four activists of the NGO Aruana, who investigate the activities of a mining company that operates in the Amazon. Furthermore, in Europe, Globo's great hit series 'On Behalf of God' was licensed to Mediengruppe RTL Deutschland, and premiere well this year in RTL Crime channel in Germany. The story reached the country with a narrative of the journalistic documentary divided into six episodes in which the story of the medium John of God is told, bringing stories since his childhood up to his imprisonment for sexual crimes. The production gained a huge international relevance on account of the importance of telling the stories of resilient women, who suffered abuses and have sought justice.