In a step-change to its traditional approach, ITV will now adopt a digital-first windowing strategy, premiering much of its new content first on ITVX and subsequently months later on ITV linear channels. 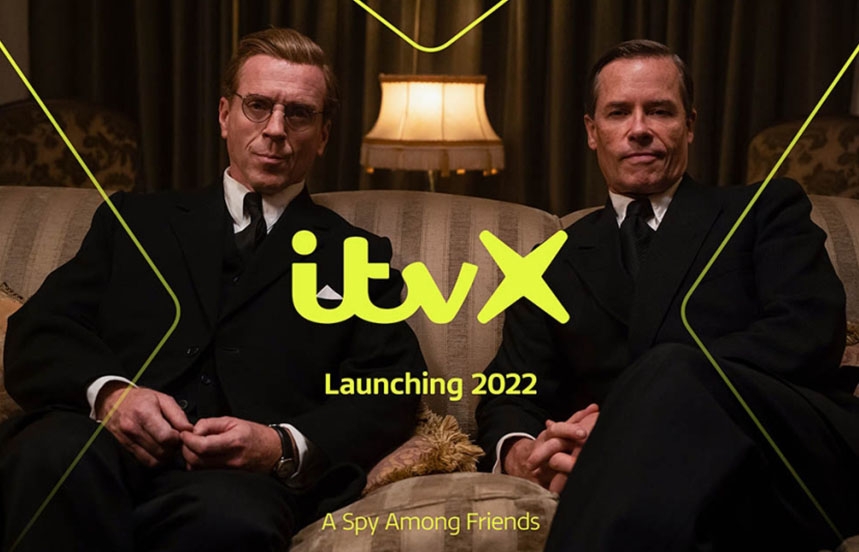 ITV announced the launch of ITVX, the UK’s first integrated advertising and subscription-funded (AVOD/SVOD) platform. With this move, the British company is combining its subscription and ad-funded streaming services in ITVX, a new digital platform with 15,000 hours of content at launch and a 160 million-pound ($214 million) dedicated budget for shows. ITVX, which will replace ITV Hub, ITV Hub+, and BritBox UK when it launches in the fourth quarter, aims to double ITV's digital revenue to at least 750 million pounds by 2026, the broadcaster said on Thursday.

ITVX will be viewer-led, where viewers can choose to watch thousands of hours of content for free in an advertising-funded tier or trade up to a subscription service that provides all that content ad-free and, in addition, provides thousands more hours of British boxsets from BritBox and other partners’ content. In a step-change to its traditional approach, ITV will now adopt a digital-first windowing strategy, premiering much of its new content first on ITVX and subsequently months later on ITV linear channels.

"The digital acceleration we are announcing today builds on everything we have achieved in phase one of our More Than TV strategy. ITVX will be a free service supported by adverts, with a compelling subscription proposition. This is fantastic for viewers - it will provide a simplified and seamless experience with thousands of hours of free content made up of library and original exclusive content. The subscription tier will provide a premium offering and includes all of the content ad-free as well as BritBox and future SVOD content partners," Carolyn McCall, ITV’s Chief Executive, said. “We are supercharging our streaming business, fundamentally shifting our focus to think digital-first, as well as optimizing our broadcast channels, by continuing to attract unrivaled mass audiences. In doing so, we are responding to changing viewing habits but also the evolving needs of our advertisers. This will enable ITV to continue to be both commercial viewers and advertisers’ first choice,” McCall added.

ITVX will be the first streaming service in the UK to offer viewers the flexibility to access free content with ads and an ad-free paid subscription, all in one place. Viewers will now be able to stream new program exclusives, with adverts, for free, ranging from premium ITV dramas, documentaries, US series, comedy, and reality shows to blockbuster films and much, much more. As well as “streaming first” exclusives, all the drama, and comedy ITV commissions will be made available to viewers in one go on ITVX, for free, as soon as the first episode has aired on ITV’s linear channels. The same will be true of the majority of reality series. In the same service, subscription gives upgrade access to a premium tier where all of the free content can be viewed, without the ads, as well as a growing range of partner content, with exciting announcements to follow in due course.

“Viewing habits are changing rapidly, and ITV has exciting plans which we are announcing today to really scale up our streaming ambitions, offering viewers a service with more fresh, free content dropping every week than anywhere else. Our broadcast channels are critical to what we do. We are still focused on delivering what ITV does better than anyone in commercial TV, creating programs that bring audiences together, in their millions, for that shared viewing, scheduled TV experience. However, we know we have to deliver our programs to as many people as possible in all the ways they want to watch them, and going forward, viewers will now see a wide array of shows premiering first on ITVX, which is the cornerstone of ITV’s digital acceleration,” Kevin Lygo, ITV’s Managing Director of Media and Entertainment said.

Subscribers will also have access to BritBox, which showcases the biggest streaming collection of UK series from BBC, Channel 4, and Channel 5 and includes exclusives such as "Classic Doctor Who." BritBox has recently surpassed 733,000 subscribers, ahead of all business plan targets showing the brand's popularity. Until the launch of ITVX later this year, ITV Hub will continue to be the free streaming home of ITV, with ongoing plans to scale up the amount of content on the service in the run-up to ITVX launch. ITV Hub currently has 4,000 hours of content, while ITVX will have around 15,000 hours at launch.BritBox will remain the standalone subscription home of the best of British content, including forthcoming originals "Why Don’t They Ask Evans?" and "The Dry," until later this year, when the content on ITV Hub and BritBox come together in what will be the new streaming home of ITV, ITVX. “2021 was a record year for ITV Hub and BritBox, giving us strong foundations from which to supercharge our streaming strategy. We are investing significantly in new and exclusive programs which will be free to stream, and also in technology and product design to make the viewer experience and interface a premium one on ITVX,” Rufus Radcliffe, ITV’s Managing Director of Streaming, said.

The pricing of the subscription tier in ITVX will be announced later this year. A wealth of dramas will now stream first and for free on ITVX before arriving six to nine months later on ITV’s broadcast channel, including "A Spy Among Friends," starring Damian Lewis and Guy Pearce, Nolly starring Helena Bonham Carter, "Confessions of Frannie Langton" starring Karla-Simone Spence, Sophie Cookson, and Patrick Martins, Lenny Henry’s six-part drama "The Little Birds" and "Litvinenko" starring David Tennant with many more to be revealed.

Other ITVX exclusive content will comprise a raft of exciting comedy, including a new series using "Deep Fake" techniques to create hilarious celebrity set-ups, as well as a feature-length film finale for "Plebs." New and compelling factual content will include "The Case Against Cosby," a premium documentary exposing new truths about accusations against Bill Cosby with exclusive access to survivors, as well as a landmark natural history series, "A Year on Planet Earth," with many more streaming premieres to be revealed in the run-up to launch.

The platform will also launch the best of ITV and the US, plus blockbuster films. From "Broadchurch" to "Brideshead Revisited," the groundbreaking Up documentary series to "Love Island," ITV’s biggest shows past and present, including "Victoria," "A Confession," "Quiz" and "Unforgotten" will be available as full series boxsets, for free, on ITVX. ITVX will also be home to a wide selection of popular US series. In the first of a series of deals to be announced, ITV has concluded a wide-ranging content deal with WarnerMedia International Television Distribution for programs including UK premieres of "The Sex Lives of College Girls" and "All American," as well as "The OC," "One Tree Hill" and select series of "The 100", "Supernatural" and "Veronica Mars." Blockbuster films will also be a big part of the service, and ITVX intends to stream 500 films for free in its first year alone, with a constantly refreshed selection of titles and 150 films on the service at any one time.

ITVX will be the home of the biggest events streamed live. Whether it’s the forthcoming FIFA World Cup, "I’m A Celebrity" or the "Love Island Final," ITV will remain the home to the big events that bring the nation together, with all these must-watch events streaming live through ITVX, as they are broadcast on ITV’s channels. Themed channels (FAST Channels - Free Ad-supported TV Channels) will also be available to live stream together with ITV linear channels; ITVX will have an ever-changing host of exclusive themed channels, data driven to align with viewer preferences and popularity.

These constantly evolving pop-up channels will give a scheduled experience through a streaming service, with viewers able to choose where in the schedule they join. With 20 channels at launch, including "Hell's Kitchen US," "True Crime," "The Oxford Detectives," "90s Favourites," and "The Chase" as examples, viewers can have the ‘lean-back’ experience of watching a curated, scheduled channel, as part of the ITVX offering. ITV intends to offer viewers a new themed channel every week of the year on ITVX. 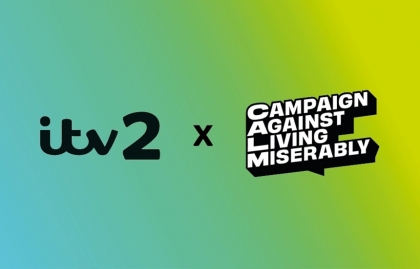 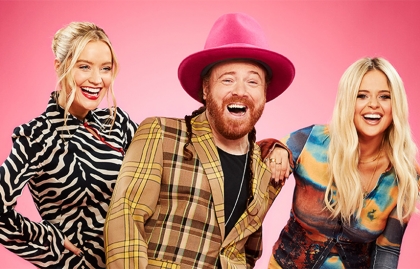 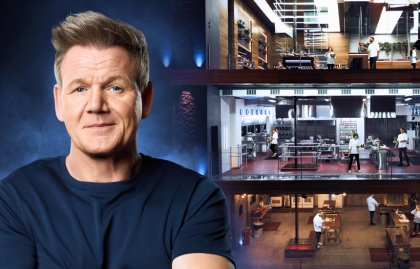 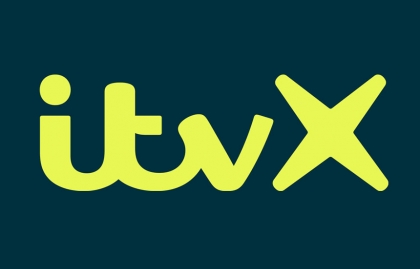 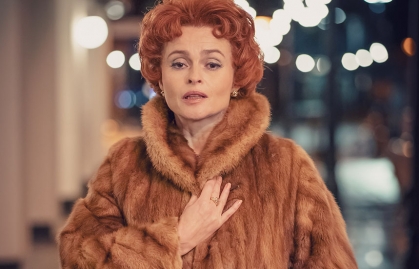 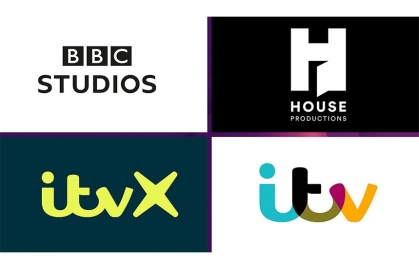 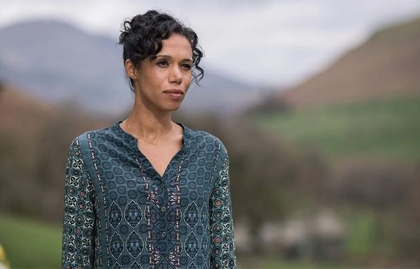 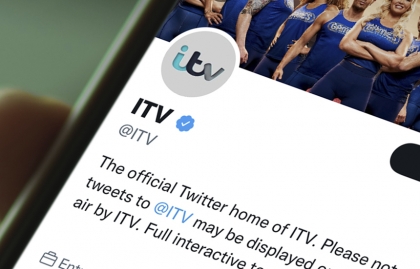