Series such as“Container” selected for MIPDrama, docuseries “Lives of others” enlisted in Doc&Factual showcase, START originals “Vampires of the Midland”, “Mediator” and “The New Guy” to be shown to international buyers. 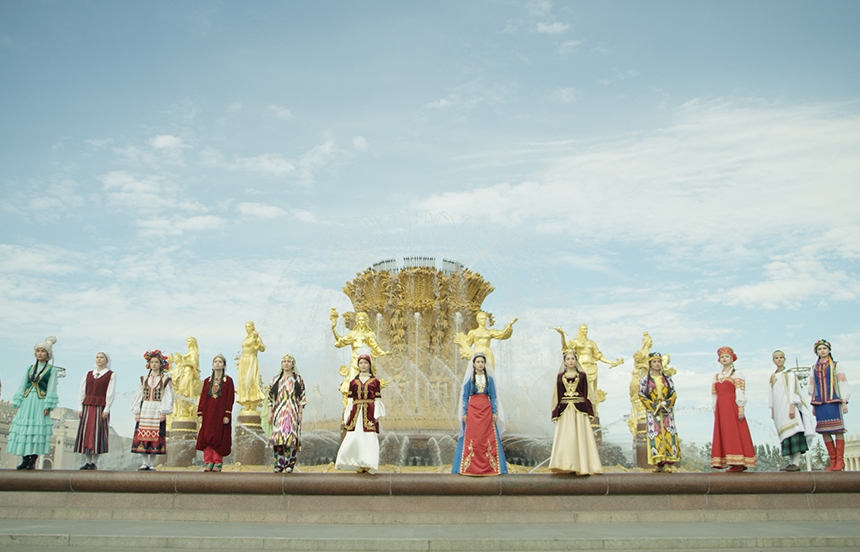 Digital MIPTV welcomes 38 Russian companies participating in the event and 12 of them presenting newest projects within the distribution market. This year MIPTV highlights START original “Container” selected for MIPDrama competition, “Lives of others” enlisted in the Doc&Factual Showcase, as well as newest series “Happy End”, “Vampires of the Midland”, “Mediator”, “The New Guy” to be shown to international buyers.

Among the works selected by the experts for an exclusive showcase of international documentary and factual content is the Russian project “Lives of others” produced by 1-2-3 Production. The series tells about the lives of migrant women who left their homes and families and came to Moscow to work.

The subscription-based service START (founded in 2017 by the producers who have created Yellow, Black and White) presented a dedicated showcase, which will include the original TV series of the subscription-based service START, as well as the documentary series “Fortress. Russian Finance: The Faces Behind”. Among START original projects are gothic comedy-drama “The Vampires of Midland”, nail-biting psychological thriller “Mediator”, young-adult drama “The New Guy”, afterlife mystery series “Passengers” and START's popular rehab drama “Addicted”.

NTV will also host a showcase of its flagship projects for international buyers within the Digital MIPTV platform. The line-up includes 2 non-scripted formats -  “Superstar” featuring music idols of the 90s and 00s and quiz and talk show “Secret for a Million”, shortlisted for the Content Innovation Awards last year. Among fresh NTV dramas are series “Fatherland”, sports drama "Kamaz. Extreme Racing" about the strongest truck racing team KAMAZ-master, historical projects “The Darkest Hour” and “Noble Detective”, as well as the prime hits of NTV – “Beyond Death”, “Sunshine Investigations”, “Wolf Trap”, “Flashpoint” and “Dr. Driver”.

“Within the last years Russian TV series have been following key international trends without losing unique storytelling that appeals to global viewers: 'To The Lake', '257 Reasons to Live', 'Ordinary Woman' ; 'Better Than Us'and many others have already won over international audiences. Since production in Russia hasn’t paused for too long, having resumed last summer with Covid-19 safety measures to be respected, this year Russian producers are able to present brand-new projects at MIPTV, including the series 'Container' selected for MIPDrama, and documentary series 'Lives of Others', marked by MIPTV experts and many others,” says Alexandra Modestova, CEO of Expocontent (official representative of MIPTV and MIPCOM in Russia, Ukraine and CIS).

Since production in Russia hasn’t paused for too long, having resumed last summer with Covid-19 safety measures to be respected, this year Russian producers are able to present brand-new projects at MIPTV” Alexandra Modestova CEO of Expocontent