The new version of the 90’s classic, which was remarkable in the history of Brazilian TV, repeats the recipe for success in the most diverse screens and among different audiences. 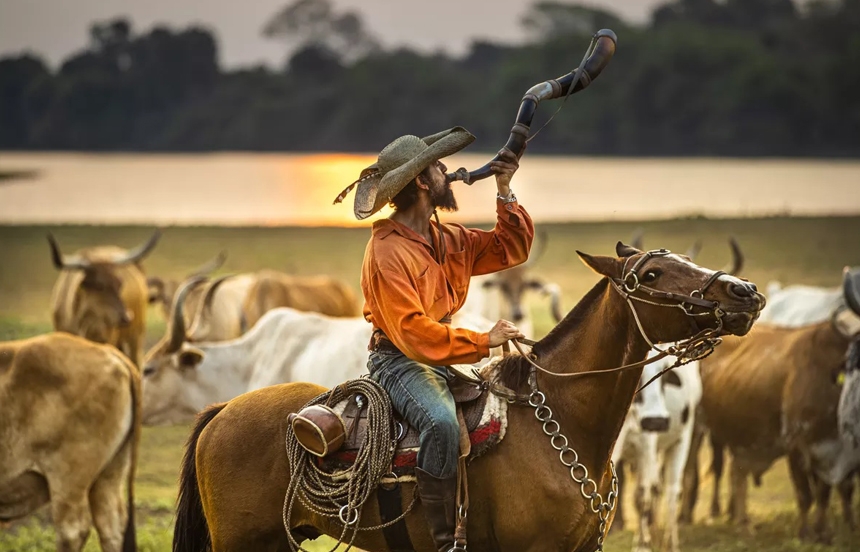 The greatest force of nature is love. This is the motto of “Pantanal”, a new telenovela presented by Globo to the international market that has been consolidating itself as a phenomenon of public and audience in Brazil.

Source of the largest concentration of fauna in the Americas and the largest flooded plain in the world, the Pantanal region, in central-western Brazil, was the inspiration for the work written more than 30 years ago by Benedito Ruy Barbosa. The plot, a classic family saga, got a new version written by the author’s grandson, Bruno Luperi, bringing love as the main thread and nature as the protagonist.

“A new telenovela 'Pantanal” is a true phenomenon. The expectations for the exhibition in Brazil were exceeded and this can be proven by the performance data of the telenovela since its launch. The cool thing is that the story went beyond the borders of broadcast TV and became a hit on Globoplay and social networks, especially among young people, which reinforces the relevance of the format and adherence of the title to the most diverse audience profiles," said Raphael Corrêa Netto, Globo’s International Business Officer. "We have a combination of factors that explains the success of Pantanal: a universal story that is strong, current and relevant, capable of creating a connection with the audience, but that maintains the essence that made Benedito Ruy Barbosa’s plot one of the greatest classics of Brazilian teledramaturgy. We added technological innovations to the development of the work and the result is an unbeatable product, ready to delight the audience, regardless of the region where they are”, commented.

Aired since March on Brazilian Free TV’s primetime, the telenovela is currently the program with the largest audience in the country, reaching more than 140 million people - that is, more than half of the Brazilian population and winning over different kinds of audiences, including young people. “Pantanal” also stands out in front of the competition. The content’s audience is 367% higher than the 2nd broadcast TV station during its airtime.

In Globoplay, Globo’s streaming platform, Bruno Luperi’s work is the 2nd most consumed and accessed product this year on VOD, behind only "Big Brother Brazil", the world’s biggest reality show in data. The numbers of the unreleased production, also aired in Portugal by SIC, reinforce Globo’s commitment to continue producing and distributing relevant content to the market.