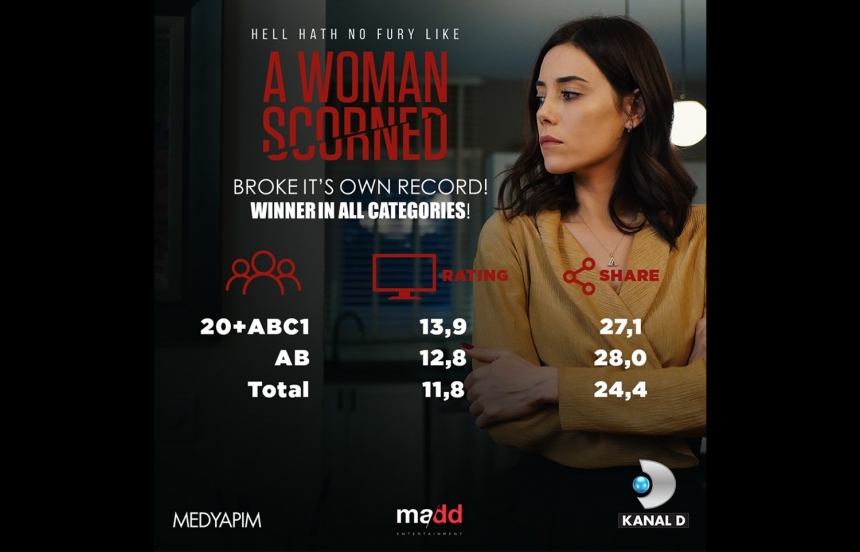 The Medyapim series features top Turkish star Cansu Dere as a woman betrayed by her husband, played by Caner Cindoruk, in an affair. She goes to extraordinary lengths to protect herself and her family.