The Russian distributor is participating in the Latin American market for the first time, although the channel has already scored deals in the region. For example, at the beginning of 2020, Encripta, one of the largest distributors in Brazil, acquired the rights to the series "The Sacrificing", "OPERAtive", "Five Minutes of Silence", "Nevsky" and "Mukhtar" 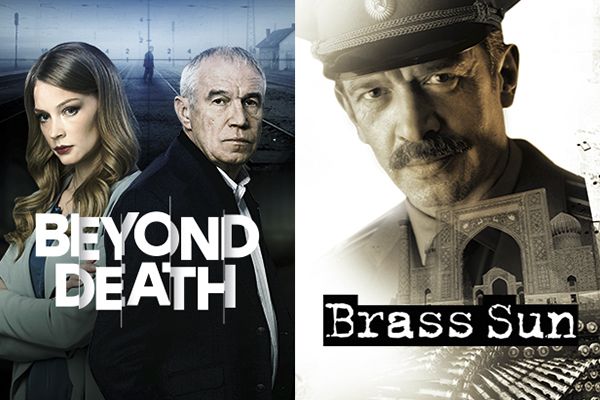 NTV channel will present its top projects at MIP Cancun, the largest market in Latin America, including "Secret for a Million" show, "Noble Detective", "Fatherland", "The Missing", "Sunshine Investigations" series, and new seasons of "Shepherd", "In Pursuit’ and ‘Beyond Death". The shows will be presented at the company's virtual stand, as well as at the showcase, which is to be held on November 19.

NTV is participating in the Latin American market for the first time, although the channel has already scored deals in the region. For example, at the beginning of 2020, Encripta, one of the largest distributors in Brazil, acquired the rights to the series "The Sacrificing", "OPERAtive", "Five Minutes of Silence", "Nevsky" and "Mukhtar".One of the key projects that NTV will present at Mip Cancun is "Secret for a Million" show, which has repeatedly become the leader of its slot, the best broadcast event, and the highest-rated weekend program on Russian television (source: Mediascope). In addition to the great TV ratings, the show is also an Internet hit: "Secret for a Million" already has more than 200 million views on the channel's website and YouTube. In 2020, the show was shortlisted for the Content Innovation Awards 2020 television award in two categories - Entertainment Format of the Year and Infotainment Program of the Year. And in the same year, the Azerbaijani ARB TV channel acquired the rights to the format: an adapted version aired on ARB TV under the name "Onun sirri".

As for the series, the channel will present both its latest releases and shows already loved by the Russian audience. "Sunshine Investigations" is among them. The series aired this August and upon its run was the leader among all series on Russian TV with an average share of 16.6%. In less than a month, the series scored nearly 45 million views online. The channel also presents the fifth season of the action-packed crime story "Shepherd". The title is the most popular TV series in Russia. Its leading position is confirmed not only by the Mediascope ratings but also by the poll held by VCIOM, the largest polling company in Russia. During its run, the series became an absolute hit: it was multiple prime-time leaders with maximum share reaching 20.5%. The series has over 300 million views on the channel’s official site and YouTube. It's rating on IMDb is 8.0. In the spring of 2019, the international broadcast and digital rights to ‘Shepherd’ were acquired by the global distributor Dori Media Group. Due to the Dori Media involvement, the series hit the air of Polish Telewizja WP and soon will be shown on Hungarian RTL.

Another high-profile sequel is the second season of the thrilling crime series "In Pursuit". The series was released on NTV last spring scoring great ratings. The maximum share of the show was 15.6%, and the number of views on the NTV website and YouTube exceeded 100 million. The channel will present the second season of the mystical series "Beyond Death". The first season was aired two years ago and became the leader among all series on Russian TV. The series has reached 65 million online views. In addition, NTV will present its new products – period crime series "Noble Detective", and dramas "Fatherland" and "The Missing". In October 2020 NHK Enterprises, Japan acquired the rights to "Noble Detective" for broadcast on AXN Mystery channel. Major international players have also shown interest in "The Missing" and "Fatherland". 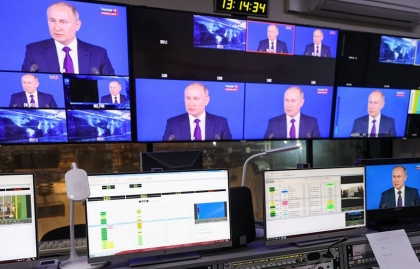