The NTV Broadcasting Company General Producer talks about its expansion in the United States and Latin America while details its vast catalog for MIPTV. 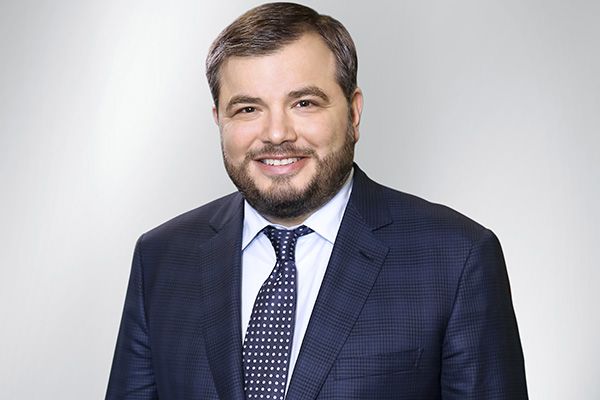 NTV is expanding its international distribution, reaching important deals with key players around the world. In an interview with Señal News, Timur Weinstein, NTV Broadcasting Company General Producer, comments on these recent businesses and describes the distributor's new main titles.

NTV kicked off 2021, attending digital markets such as Natpe Miami and EFM. Which are the results of that participation?
"We attended NATPE Miami for the first time, although we've been actively expanding into the US market for a few years and made a few high-profile deals. Early this year, Olympusat bought six TV series and ten documentaries. The products they bought are being adapted to be aired in the region for Spanish-speaking viewers. American production companies also showed great interest in our TV series as formats, particularly for 'Reluctant Hero'. It has great potential to be adapted internationally because its plot and ideas could make for top-notch prime-time and daytime entertainment. It was our first time at EFM 2021 as well, where we presented our new original products: action-packed show 'Missing' and drama 'Fatherland'. They attracted interest from major VOD platforms".

Which are the main goals of the company in Europe and Latin America?
"We do our best to expand our global business without limiting ourselves to just one territory. During the last year, we sold our shows to 47 countries. Our key markets are Latin America and Europe. Last year, in addition to Olympusat, we sold many of our action shows to Encripta in Brazil. The European market is also one of our priorities; we've been actively selling our content there for a few years and building a great partnership with European media companies. Thanks to Dori Media Group, we signed a contract with Wirtualna Polska Media for one of the most popular Russian TV series: 'Shepherd'. The series was aired by Telewizja WP channel and will soon be available for Hungarian audiences. We are also working on a package deal for Latvia, including the four seasons of 'Shepherd'. Our action-packed medical drama 'Dr. Driver' was also aired in Latvia by LTV. Last March, another Latvian broadcaster, 360 TV, started airing 'Wolf Trap'. That channel also airs our original format, 'Psychics vs. Detectives'. Eastern European countries have also been purchasing rights for 'The Miracle of Holy Fire'. Bulgaria and Ukraine will start broadcasting the show in May".

What does a show must have in order to be part of NTV's catalog?
"NTV has much expertise in producing content in different genres. For TV series, we look for lots of action and top-notch casts. We have thrillers, period pieces, comedy shows, action shows, crime shows, but all of them are invariably full of action. Another important feature of our production efforts is to find ambitious music shows. For instance, we weren't scared to run a socially significant show like 'Super You!' in prime time. The show helps talented children growing without parental support. We will produce a new version of that format called 'Super You! 60+' for talented elderly people living without proper care. We also know how to make shows that become cornerstones that change the entire national TV landscape. Our adaptation of 'The Masked Singer' blew up Russian TV and became the best music show in the last seven years among the 18+ audiences. The show is in its second season, once again as the highest-rated show of 2021".

What type of content are clients demanding right now?
"International buyers are especially interested in ambitious period shows. 2017 was an experimental year for us because we presented Aleksey Tolstoy's 'The Road to Calvary' period novel adaptation to global audiences. Our library is yearly updated with big period series notable for their great production values and intricate plots. The international potential for 'Aria of the Doomed,' a show about women in Stalin's labor camps, was noticed in the MENA region. Period crime show 'Noble Detective' also found its viewers abroad. At the same time, the Covid-19 pandemic renewed the interest in non-scripted entertainment formats. 'Secret for a Million' is one of the crown jewels of our library. The format is a weekend prime-time leader entering its 10th season, and it was recently adapted in Azerbaijan. The show's first season got a 15.85% of share, 5.87% ratings and was repeatedly ARB TV's daily leader. We got many requests to purchase our shows, both as ready-made products and as formats. For example, 'Nevsky,' a high-rated, action-packed series, will be adapted in Ukraine next year and was already renewed for its fifth season. When the show was aired on the Eurasia channel in Kazakhstan, its viewership share reached 34%".