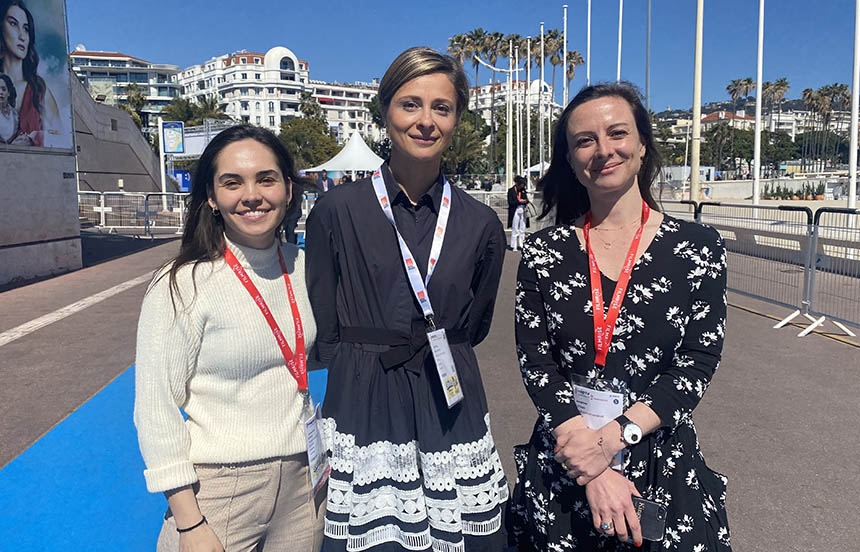 Prime Entertainment Group has greatly expanded its in-house production with a variety of high-profile new episodes that focus on celebrity entertainment in the form of documentaries and biographies such as “Close Up,” “Hollywood Stories,” “Hollywood on Set,” “Zoom In,” “Stars! Directors Short Cut,” “Hollywood’s Best Film Directors”, and “Spotlight” among many others. Prime has also recently launched its new in-house production “Meet the costume designers” for Spring which contributes to its already prolific catalog. In this one-of-a-kind docu-series, Hollywood costume designers tell everything about their jobs behind the scenes of the greatest movies and TV shows.

Combined with Prime’s robust entertainment offers, the French company is also promoting “Runes”, an animation series for children produced by Prime’s sister company, Les Amateurs. "The series will be out very soon,” said Alexandra Marguerite, Head of Sales at Prime Entertainment. “Runes” tells the story of 12-year-old William, heir to the throne of Normandy. After the death of his father, William seeks refuge in the village of Baligan, incognito as a peasant boy called Hugo. After stumbling upon a cave, he discovers ancient runes that unleash mysterious magic and a terrible threat, Loki, God of chaos.

Other highlights from Prime are their captivating historical documentaries such as the “The Master of Submarines,” or “An Encounter with Banting,” which tells the story of how insulin came to be, and the hit animated film "Vanille, A Caribbean Tale". The short film produced by Prime’s other sister company, Folimage, was sold to several territories including Japan, Germany, and Australia. "It’s been very popular and successful", affirmed Marguerite.

Prime Entertainment's global success occurs because they understand what the clients want. "’Vanille’ has been very successful, and I think that ‘Runes’ will be just as captivating", explained the Prime executive. "Our history documentaries and programs have been successful, but at the same time, we've got great celebrity-focused documentaries of various runtimes that are produced in-house, like 'Hollywood stories’, ‘Close Up’, ‘Hollywood on Set’ and ‘Hollywood Best Film Directors’, just to name a few, that are all very important to us as well”, she added.

By Romina Rodriguez and Karla Flores