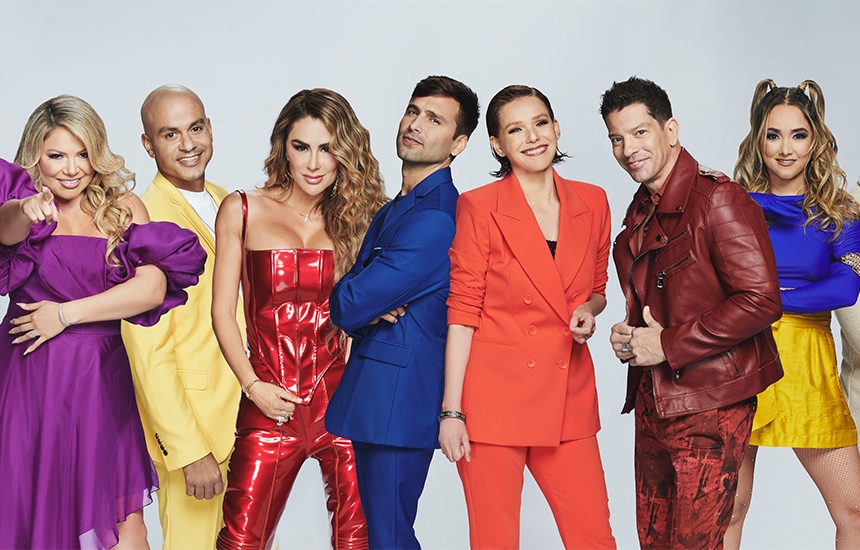 Univision announced today the all-star lineup of eight celebrities, who will participate in the new season of “Tu Cara Me Suena.” A mix of actors, singers and TV personalities, the crew will join in on part of Univision’s “Domingos en Familia, translated into "Family Sundays," “Tu Cara Me Suena” premiers on Sunday, 27 March at 8 p.m. ET/ 7 p.m. CT on Univision. The title is co-produced by TelevisaUnivision and Endemol Shine Boomdog. This new edition will broadcast simultaneously in the U.S. and Mexico.

Others include Helen Ochoa, a recognized Regional Mexican singer from California, Sherlyn is a charismatic Mexican actress and singer who recently completed a U.S. tour with the hit play “Divorciándonos Mi Amor,” Michael Stuart is a Puerto Rican award-winning salsa singer and actor, and Yahir is a renowned Mexican singer-songwriter and actor with many successful studio albums.

Each week, the popular celebrities will learn new choreographies and staging to deliver unique impersonations. Each celebrity contestant will represent a charity that will be announced in the upcoming weeks. Beloved hosts Rafael Araneda and Ana Brenda Contreras return to reprise their roles. The distinguished panel of judges includes Angélica Vale, who will also serve as mentor to the celebrities; Charytín Goyco, Victor Manuelle, and Eden Muñoz.