The award celebration was the second most-watched award program during primetime across most age groups this year, resulting in double-digit growth. That night, the network received a total of 5.3 millions viewers across all demographics. 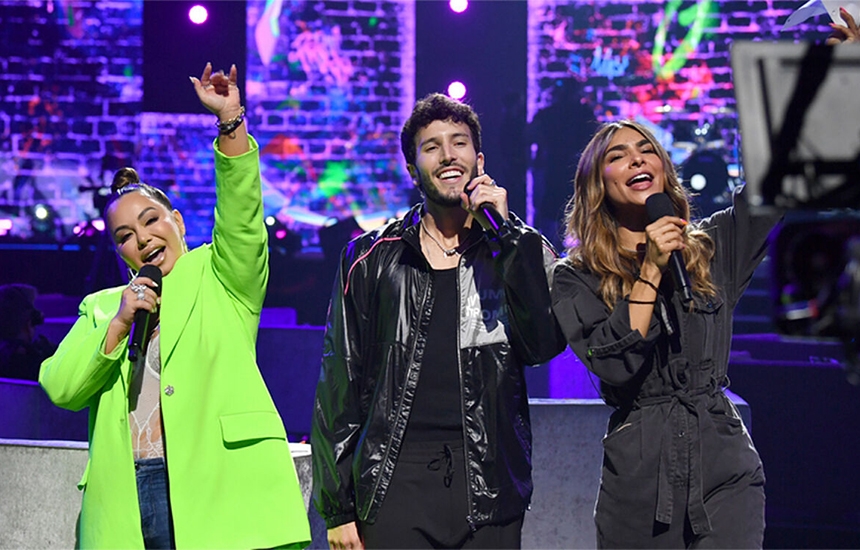 Univision's “Premios Juventud” telecast, featuring an award show, world premieres, TV exclusives, and other collaborations, helped the network rise to the top slot across social for the entire day in any language.

Collectively with other shows airing that night, such as “Youth Leading the Change in Culture," "Premios Juventud" garnered a total of 5.3 million views. The three-hour broadcast marked a double-digit growth across all demos for the channel, serving as the only major award show on broadcast television to increase its audience year-over-year in the current 2020/2021 season.

Hosted by Alejandra Espinoza, Chiquis and Sebastián Yatra, the award celebration was the second most-watched program on all of television during primetime among most age groups, and made Univision the leading Spanish-language network with double-to-triple digit audience advantages over Telemundo across all key demos for the entire night. Univision’s pre-show “PJ Takeover,” hosted by Gabriel Coronel, Jomari Goyso, Roberto Hernández, Clarissa Molina, Fátima Molina and Kiara Liz, averaged 1.4 million total viewers and increased its audience in the last half-hour compared to the first half-hour among viewers over the age of 2 by 16%

The show also drove social media engagement through the roof, with 11.1 million total interactions across Facebook, Instagram, Twitter and YouTube. The figures drove it to the most-social program across TV for the day and the most-social Spanish-language entertainment telecast across TV in 2021 thus far. This year’s telecast ranks as the most-social airing ever for “Premios Juventud,” generating +53% and +54% more interactions in comparison to the two prior years.