Gulliver Group plans to produce a wide collection of collectible figurines and playsets, plush, creativity sets, musical toys etc. All products will be available on-line and off-line in the fall of 2022. 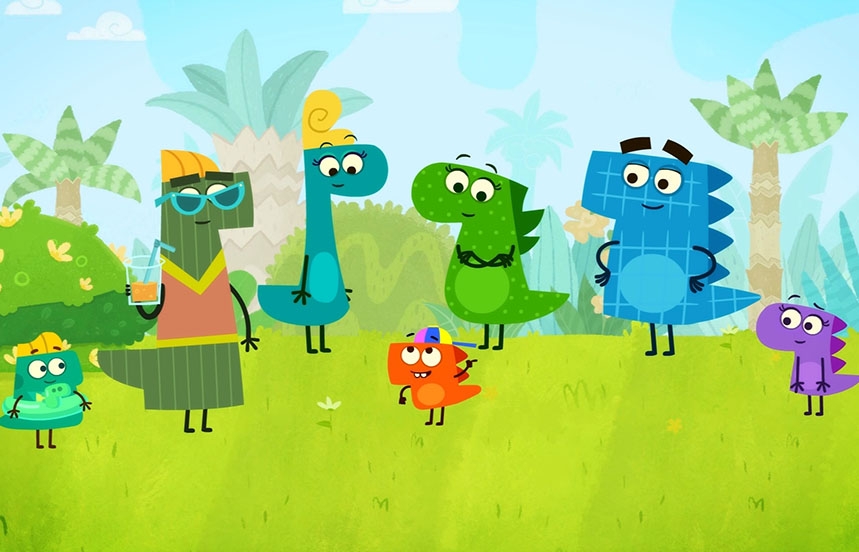 “We are happy to announce our cooperation with Riki Group. 'DinoCity' will be one of our key projects for the near future and we expect an incredibly cool lineup of toys thanks to the high professionalism and creative potential of our teams. New products will certainly appeal to customers outside of Russia," Natalya Melnikova, COO at Gulliver Toys (Gulliver Group), said.

"DinoCity" is an original comedy preschool series which portrays a family of dinosaurs in a perfectly urban setting. Little Ricky and his elder sister Tyra manage to turn most everyday situations into something quite extraordinary. Anything can become a new game, a new adventure for these kids. "The series has already won the love of young viewers in Europe, and we believe that every little fan of the series will be happy to have favourite character toys. As the copyright holder of well-known brands, we care about the quality of goods so that children experience only positive emotions when they come into contact with their favorite characters. We are pleased to partner with such a major strong player as Gulliver Group International. New strategic licensee will undoubtedly ensure the widespread development of the brand in the international market," Maya Moskvicheva, Chief Executive Officer, Marmelad Media, Riki Group’s licensing agency, added.

Created by an international team of specialists from Russia, Ukraine and the UK, the "DinoCity" animation project has already enjoyed successful debuts in a number of European countries. The animated series premiered worldwide in November 2020 on Italian TV channel DeA Junior, followed by a successful release in the UK and Ireland on the popular children's channel Tiny Pop. Earlier, Piwi + (Canal + Group, France), YLE (Finland), ERT (Greece), Ketnet (Flemish region of Belgium) and MBC (MENA), Menart in the Balkans (Slovenia, Croatia, Bosnia and Herzegovina) acquired the rights to broadcast the series , Macedonia). According to the latest deals announced in the framework of MIPCOM/MIPJunior markets, "DinoCity" will be heading to Discovery Italia, which has picked up free TV rights for broadcast on its channel Frisbee, All Media Latvia in the Baltics (Estonia, Latvia and Lithuania), TG4 for the Republic of Ireland and Minika for Turkey.

APC Kids, the children’s entertainment division of leading co-production and distribution group APC Studios, co-invested in the production of the 52x5’ international version of the series and holds exclusive distribution rights in all territories excluding Russia, CIS and China. In Russia, the project was launched in October 2021 on the Karusel TV channel and the Okko platform. Second season of DinoCity is scheduled for international premiere next year.