The animation series is created based on hit kids show "Tina and Tony" in co-production with Youku Kids (part of the Alibaba holding). 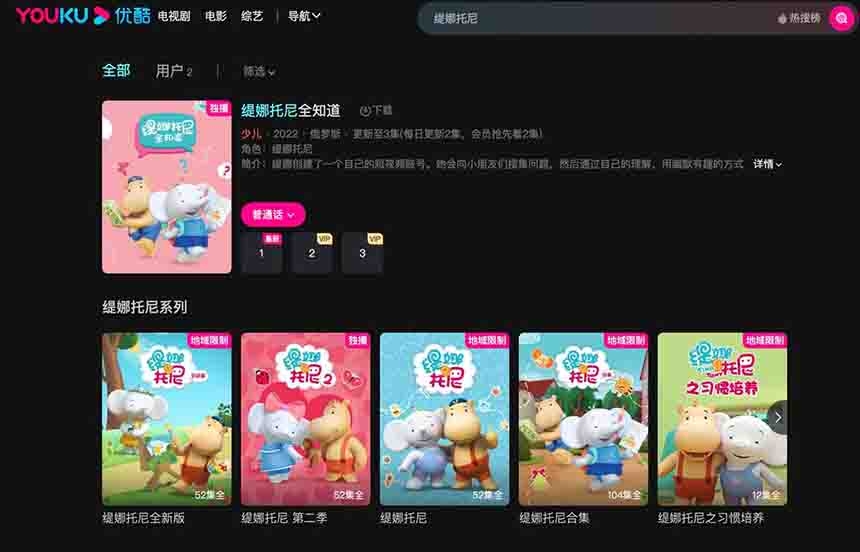 Leading Russian animation holding Riki Group has partnered with the largest video hosting Youku Kids (Chinese analogue of YouTube) for the exclusive premiere of their new animation project "Ask Tina". It is created based on the animated series "Tina and Tony" in co-production with Youku Kids (part of the Alibaba holding).

In total, 12 episodes of 3 minutes each are planned in the first season in the technique of combining 3D and 2D. The project is dubbed into Chinese, English and Russian. The release of the series in Russia is scheduled for 2023.

"Ask Tina" is an animated series for children who are curious to explore various topics about everything in the world. Tina runs a video blog, where she answers the questions of the audience, relying on her own knowledge, which makes her stories funny even for little viewers. The project is aimed at preschool education of children in a playful interactive way, so that young viewers can learn by watching and benefit by playing. The series covers three main blocks of early education, including art, science, and interactive entertainment.

“Chinese viewers will be the first to see our new joint project with Youku Kids and Alibaba Group. 'Ask Tina' is created with the participation of methodologists, child psychologists and scientific consultants. This is a children's encyclopedia about everything in the world, in which the baby elephant Tina, in a playful, child-friendly form, answers various questions that concern children. She tells little viewers about the phenomena of nature, teaches them to dance, discusses what is more interesting - to read or to watch a movie. Tina will help you understand what your own and someone else's mood is, show you how to make peace if you're quarreled, and much more. The project is aimed at developing the emotional intelligence and creative abilities of preschool children. Our characters promote positive and safe behavior. We are delighted that our series 'Tina and Tony 'has received such strong recognition from the Chinese audience and happy to see the development of cooperation with Alibaba Group to bring 'Ask Tina' to China”, - says Mark Zavadskiy, CEO of RIKI Group.

“Children in China like 'Tina and Tony' very much, these characters can bring a sense of warm and safe companionship. We believe that they will become good partners for children around the world”, - Lu Ye, Youki Kids producer comments.

Cooperation between Riki Group and Alibaba Group (represented by Alibaba Cultural Media Co. Ltd) began in 2018 with the signing of an agreement at the Fourth Eastern Economic Forum in Vladivostok. The strategic agreement was an important step towards cultural exchange between China and Russia, and the series "Tina and Tony" by Riki Group was the first Russian animation project for preschoolers in the Alibaba Group portfolio.

The first season of the animated TV series "Tina and Tony" premiered in November 2018 in China on Alibaba’s video-streaming platform, YouKu. After the huge success of the project, a new season was produced jointly to be delivered to Chinese audiences in July 2021. In just a few years, the total playback amount of the "Tina & Tony" series has exceeded 5 billion, becoming a hit in the industry. In October 2021, the development of three more seasons was announced. The layout of the "Tina and Tony" IP extends to 2025, the third season is slated for release in China this summer.